Almost ever since its release, the Pixel C has been the neglected child of the Google lineup. With every update to Android or new feature, Pixel C users often had to wait weeks if not months to see it come to their devices, not to mention the delay in fixing some outstanding bugs. But despite it all, some held onto their Pixel C because it's the last Android tablet Google has made and now they may be receiving a little reward for their patience: the Google Assistant is finally available for them.

We've heard many users complain about the lack of Assistant on the Pixel C when it hit Marshmallow tablets then Lollipop tablets, leaving the Pixel C Assistant-less even though it ran Oreo. It was probably even more disheartening to see the Pixelbook get it, with rumors of more Chromebooks following, yet no sign of the Pixel C. Well, that's no longer the case... finally. 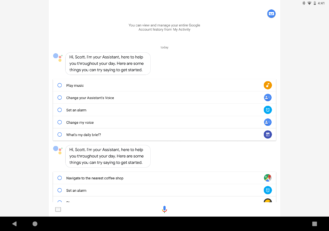 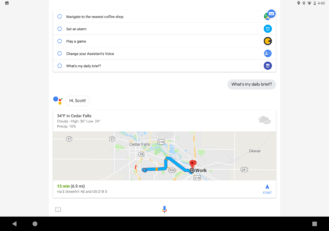 According to a couple of user reports, the latest update to the Google app (try the latest APK from APK Mirror if you don't fave it) brings the Google Assistant with it. You only have to tap and hold on the home button for a bit to trigger it. Setting it up and getting it working is the same as on your phone, and you should also be able to grab the Google Assistant shortcut on your Pixel C to get easier access to it.