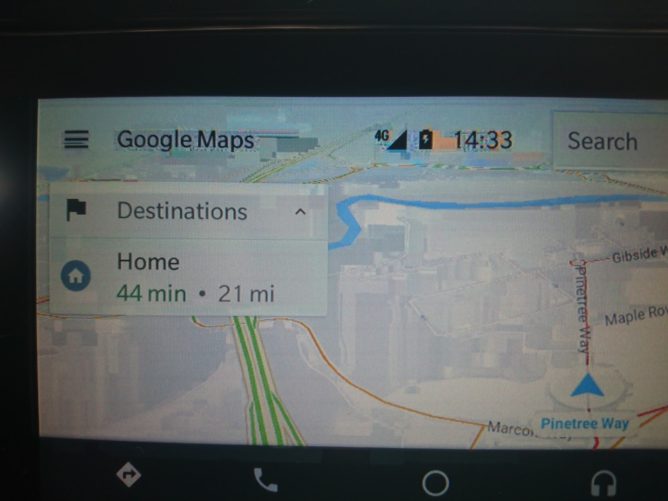 An example of the effect from Google's Product Forums

Reports are varied, with no one make/model of car or phone seeming to be implicated, and accounts cover a range of Android OS versions from Nougat 7.1 to Oreo 8.1—though a large number of affected devices are reported to be Pixels. The issue manifests about as you can see above, with what look like blocky or "pixelated" compression artifacts reminiscent of low-bitrate video.

An explanation for the problem hasn't yet been offered, though in a post on the subject a manager for the Android Auto team noted that the company is working to address the issue. So if you're among those experiencing this particular problem, Google is looking into it.

Lawrence from the Android Auto team has posted an update on the issue on the user forums saying a fix will roll out around the end of June.

Hi, thank you everyone for all the feedback and bug reports. We can now confirm that the fix will be going out around the end of June in the next Google Play Services release. We want to get the fix available quickly, but because the problem is actually within the chipset firmware (and not the Android Auto app), we cannot simply update our app to resolve the issue.

We appreciate for your patience and we will provide more updates when the fix starts rolling out.