Despite Android's considerably larger install base, on average, users spend more money on the iOS App Store than they do Google Play. According to a report from app market data analysis firm App Annie, though, the gap has narrowed. Consumer spending on apps from Google Play grew by 25 percent year over year in the first quarter of 2018, compared to a year-over-year growth of 20 percent on the iOS App Store during the same period.

Google Play's year-over-year gains represent a 10 percent reduction of the iOS App Store's lead, the report says. That's not to say the App Store is strapped for cash, though: Apple's digital storefront brought in 85 percent more money than Google's during 2018's first quarter. 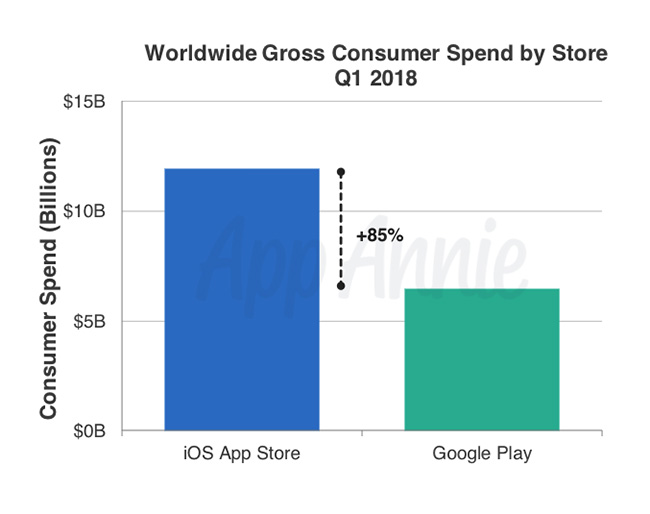 Android Police has a new and improved image gallery