We all like saving money, but much like everything else on the internet, there are just so many sales, deals, promotions, and special offers going on at any given moment that trying to stay on top of the best ones can feel like a full-time job. When Google gave users the ability to split their Gmail inbox into multiple tabs, it wisely chose to designate one just for promotions, making it easy to check out the latest deals you care about with a glance. Now we're witnessing some new behavior that goes even further in drawing your attention to the best deals around, though we've got a few questions about exactly what it's doing.

Up at the top of your Gmail Promotions view, you may start seeing a new section for “Top Deals.” Variations on this (sometimes as “Top Offers” or "Top Picks") have been showing up for select users going back years now, but the frequency of new reports suggests Google is rolling this out to a lot more people.

These appear to be separate from ads, which can also show up at the top of your Promotions list, and these seem to be selected from emails you're already getting. 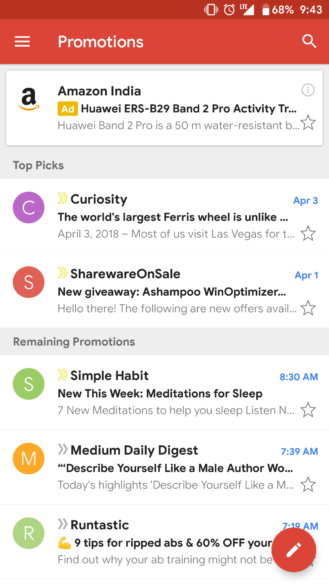 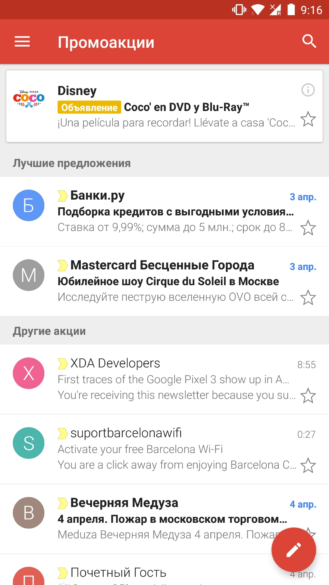 But what makes these deals “top?” Well, that's a tricky question. We reached out to Google hoping to clarify what the criteria for a Top Deal is, but the company declined to comment. That leaves the only official responses we've seen in Gmail help forums, where Google describes this functionality as “one of a variety of experiments Google runs.”

Understandably, that doesn't help clear things up very much. Is Google attempting to identify the sort of deals that might be of most interest to you? Does this designation mean that these deals offer bigger discounts than others, so you save the most money? These are all pretty important questions, and for now, we don't have any great answers. Perhaps as the feature becomes available to more users we'll be able to spot some trends among the sales marked as Top Deals, and there's still the possibility that Google will step up with an explanation.