If you've been following the WhatsApp rumors, you'd know that we've been promised a voice recording lock option for a while now and it's finally live in the beta channel on version 2.18.102 of the app. The lock won't show up immediately after you start recording a voice note, but after a few seconds it will appear with a little hint that sliding up will lock the microphone on.

Anyone who's used WhatsApp's voice recording knows that it can be a little annoying: you tap the microphone and have to keep it tapped while you're talking then release it to send the message or slide to the left to cancel it. When you're sending long voice messages or you're otherwise occupied, keeping your hand gripped on your phone and your finger pressed on the screen isn't the most ideal of interactions, so the lock is a great solution to continue recording even if you release your finger. Once you lock the microphone, the interface changes: the time stays on the left but there's a cancel button in the middle and a send button on the right. 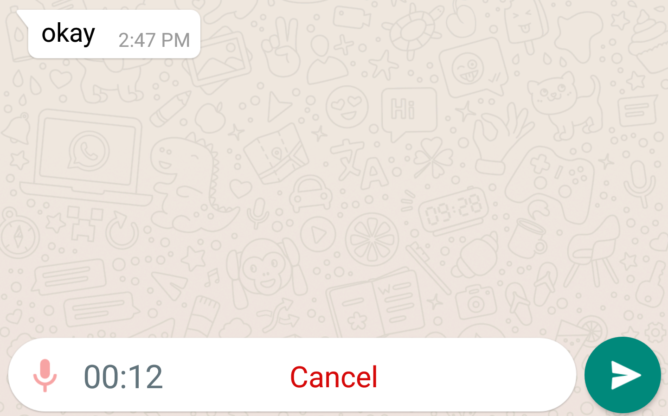 To test it out, you need to be on WhatsApp v 2.18.102, which is in beta now. You can grab it directly from APK Mirror or join the official Play Store beta and wait for the app to update on your phone. [Update: Now up for pre-order, ships May 28] Polk Audio announces the first soundbar with ...