Just this morning Jam City announced that the upcoming release for their choose your own adventure game Harry Potter: Hogwarts Mystery is slated for April 25th. But that isn't the only news coming from the studio. They have also announced that a few of the actors from the Warner Bros. Harry Potter films have provided voiceover work for the game.

In anticipation of the upcoming release, I recently wrote up a piece that covered an easy way to get into the beta program for the Android version of Harry Potter: Hogwarts Mystery. So if you would like to try this out before the official release date, you can. I have also written a hands-on about the beta that was published back in February. So if you would like to know how the game plays, you should check that out. For the uninitiated it plays a lot like a choose your own adventure game, but with a heavy emphasis on free-to-play elements such as wait timers and expensive in-app purchases that range up to $99.99 per item.

Now that the official release date has been announced, there isn't much to go over other than the news that a few high profile actors have provided voice work for the game. These actors include: 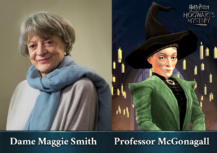 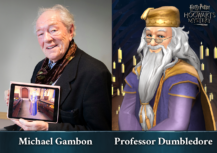 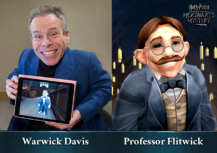 So there you have it. Jam City is sparing no expense when it comes to the voice work of Harry Potter: Hogwarts Mystery, and that is definitely appreciated. Not only will this provide a sense of realism for the fans of the films, but it should hopefully guarantee a professional feel thanks to the voice work being performed by actors that know how to deliver their lines convincingly. We only have a few more weeks to wait for the official April 25th release, but like I already pointed out, if you are impatient you can play it right now by taking part in the open beta.

Who: Jam City, a Los Angeles based mobile games studio, in partnership with Warner Bros. Interactive

Actors from the Harry Potter films will provide voiceover work for Jam City’s Harry Potter: Hogwarts Mystery. A full list of actors providing voice work for the game include:

“If I could attend Hogwarts as a student, I would be most excited to attend the potions class taught by Severus because it is the most exotic,” said Dame Maggie Smith, voice of Professor McGonagall.

"Our goal with Harry Potter: Hogwarts Mystery is to make players really feel for the first time like they’re attending Hogwarts,” said Chris DeWolfe, co-founder and CEO of Jam City. “By including these iconic and incredibly talented actors in the game, we come one step closer to truly giving fans their own Hogwarts experience.”

Background: Harry Potter: Hogwarts Mystery is the first mobile game where players can create their own character and experience life as a Hogwarts student. In the narrative adventure with RPG elements, players will create a personalized student avatar, attend classes, learn magical skills, and form friendships or rivalries with other students. In the game, players make pivotal decisions that influence their character’s story arc at Hogwarts. The game features a new encounter system where player decisions and actions impact their quests, allowing Harry Potter fans to create their own legacy as a witch or wizard.

For more details on Harry Potter: Hogwarts Mystery and to connect with other fans , visit www.facebook.com/HPHogwartsMystery/, www.twitter.com/HogwartsMystery,

and for more information visit www.HarryPotterHogwartsMystery.com/.

Xiaomi reportedly working on gaming smartphone, with up to 8GB RAM and 256GB storage