Interface design is a never-ending task, and no matter how much you might love the way an app looks and feels right now, there's always that angel (or is it devil?) over the developer's shoulder, whispering, “Couldn't that be a little more optimal? What if you moved this button over here?” And so, things change: sometimes for the better, hopefully not so much for the worse. A little over a month ago, we shared with you a new visual style that Google was flirting with for the Play Store, seemingly sucking the color out of the app and, well, not really replacing it with anything, leaving us stuck with vast expanses of empty white. Now we're getting a fresh wave of reports that this new look is hitting more and more users.

It's not live for everyone quite yet, but the serious uptick in tips about this new design certainly indicates that Google's exposing it to a wider test audience. Back when we first covered these changes in February we were hopeful that the company's designers would maybe tweak things a little, tightening up the layout or maybe even returning a splash of bold color here and there. For the most part, though, we seem to be seeing more of the same. 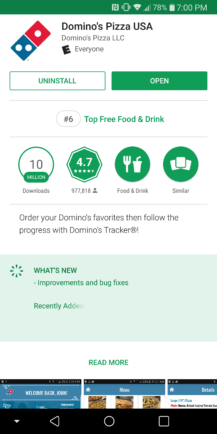 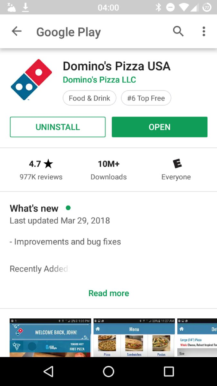 Old-style badges for download counts, ratings, and categories have yet to return, and with the appearance of text-only categories and rankings directly under an app's name, we're not feeling too optimistic they'll be coming back. Download counts, reviews, and ratings have been appearing without illustrated badges and featuring a simpler black-and-white view, but their placement is a bit inconsistent in screenshots we've seen, sometimes appearing right up top, and in other cases tucked away deeper in a listing — Google appears to still be deciding where it wants this info to live. 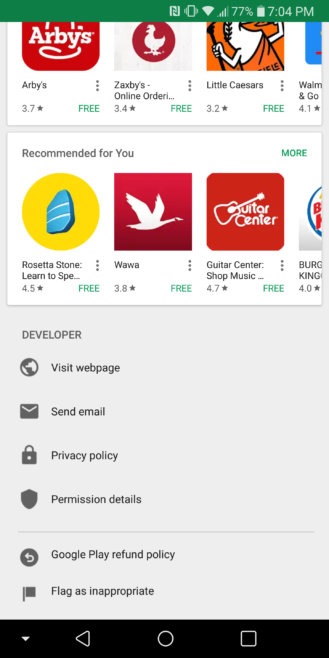 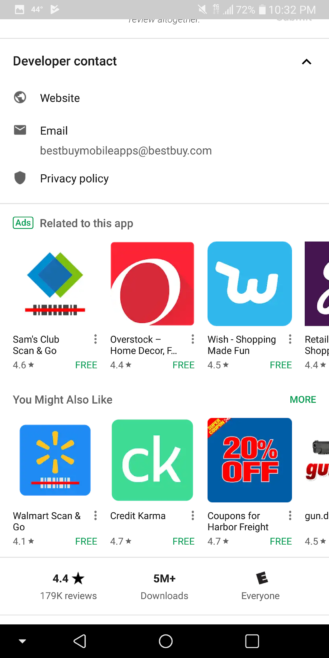 Changelogs don't stand out quite as much without the color they used to have behind them, but adding the date right there is a move in the right direction. We continue to see developer information displayed much more prominently, rather than buried down at the bottom, a move that almost seems designed to increase user interaction with devs (especially with that clearly displayed email contact info).

Other changes are harder to interpret, like splitting up the request to submit a review from the display of current reviews. Perhaps it's part of an effort to solicit genuine opinions rather than risk tainting a user's feelings with what other people think, but it feels a little unnatural having these thematically similar components displayed separately. 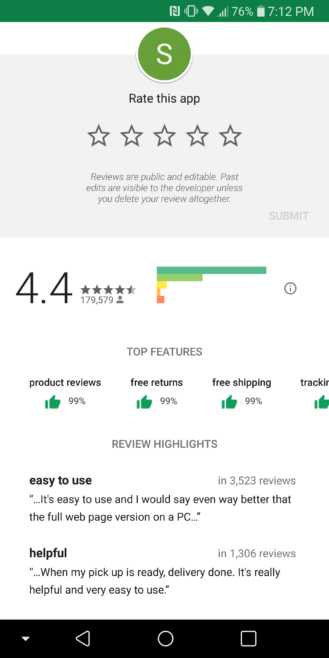 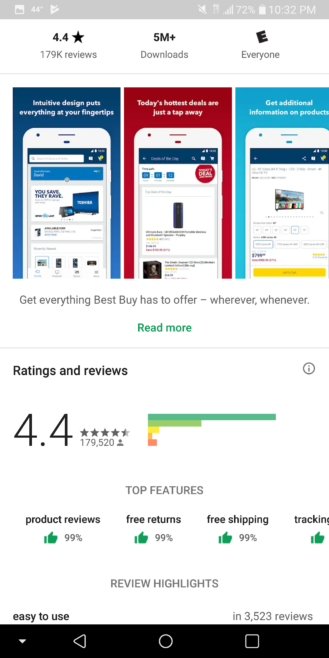 We're continuing to keep an eye out for the evolution of this new look, both as it spreads to more users and as Google refines its layout. Of course, as soon as things settle down you just know that another refresh is around the corner — but that's a bridge we'll cross when we get to it.