Taking a step away from fitness-oriented audio, I have recently spent some time with Phiaton's BT 150 NC noise canceling earphones. This is aimed at traveling professionals who want to have great noise canceling without breaking the bank. Phiaton manages that with the $150 BT 150 NC, all while providing very good sound quality and comfort.

As you well know, dear reader, cut corners are inevitable, especially when discussing anything with the word "affordable" attached to it. With the BT 150 NC, the biggest issue is the mediocre battery life, which doesn't even last a normal workday (with noise canceling on). A drawback like this tends to sour a product, even one that hits several high points like this one. Also, the earbud cables are way too short, especially if you're wearing a collared shirt (like most business professionals, you know, the target audience for this product). 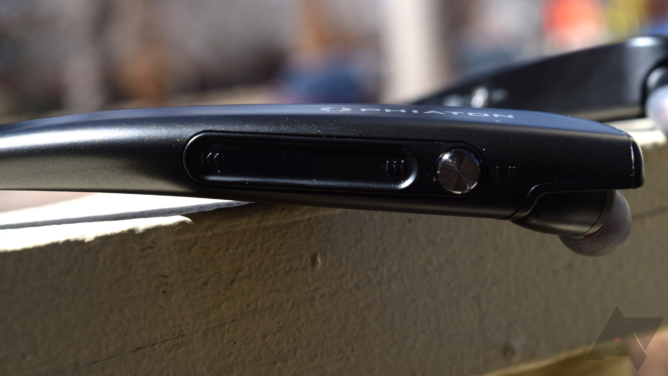 Phiaton designed and built a solid pair of neckbuds; the BT 150 NC looks like every other pair out there. Even so, it has a solid weight and just the right amount of flexibility to fit around a variety of neck sizes. The retractable earbuds add to the clean, sleek look. Some of the controls, like the power button, are the standard fare, providing a satisfying click when pressed. Others, like the volume, are on capacitive sliders — though they look nice, I found it harder to more precisely adjust the volume since the BT 150 NC would read my finger swipe a little too aggressively sometimes.

The earbuds themselves are on the end of a retractable cable. While I have no problem with this method (I am more accustomed to magnetic bud storage), I noticed that the cords were quite short. While wearing a t-shirt and using the BT 150 NC around the house, I was less annoyed. However, when I wore it with a collared shirt, the short cables were a nuisance and a major drawback from a design standpoint. This is ironic since this product is aimed at business professionals who, in all likelihood, will be wearing collared shirts while using it. 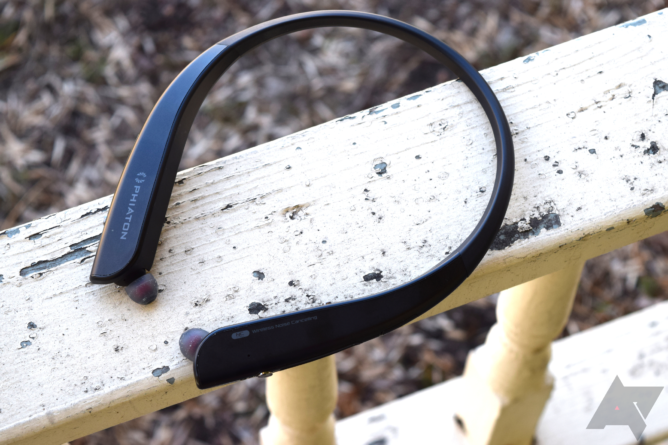 Otherwise, I have no problems with the design of the BT 150 NC; I actually quite like its minimalism.

Earphones tend to be a bit more comfortable for me, and I was quite delighted with the BT 150 NC's. They're light and small, and the tips are angled in such a way that they remain comfortable even for long-term use. On one occasion, I wore the BT 150 NC until its battery died (about six hours) without removing the earbuds. 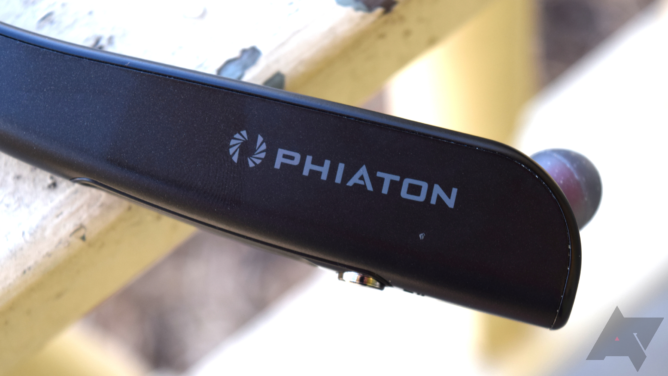 Once in, the buds maintain a snug fit. Not only is this more comfortable, but it helps with passive sound isolation (aside from the active noise canceling, which I'll get to in the next section). It's not too often that I can stand to keep earphones in for several hours, let alone not having to adjust them more than once or twice.

In my experience with the company's products, Phiaton manages to strike a superb balance between keeping its products decently-priced and providing good sound quality. In the case of the BT 150 NC, Phiaton added powered noise canceling to the total package. With 12mm drivers, this pair of neckbuds provides full bass, strong mids, and bright highs that all blend to create a pleasant tonal balance. 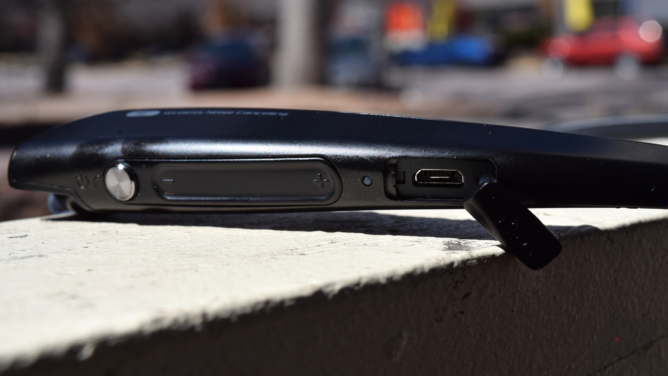 If I had to point to the weakest element, I would say it was the bass, which lacks a bit of punch in heavier tracks. It is by no means a problem, though, and is really the only true downside I could find in this aspect. Sound, whether in the form of music, games, podcasts, or audiobooks, feels rich and well-detailed.

Bluetooth (v4.2) performance was pretty typical, with a normal range — the BT 150 NC alerts you when you get too far from the source device. It supports aptX for better wireless quality. Wired audio over the Everplay-X system is definitely good. Using the included microUSB-3.5mm cable, you can continue to use the BT 150 NC even when the battery has died (minus the noise canceling). Sound quality over this system feels a bit richer, as you might expect, but that also depends on what audio files you're listening to. Streamed music, for instance, sounded similar over both wired and wireless. 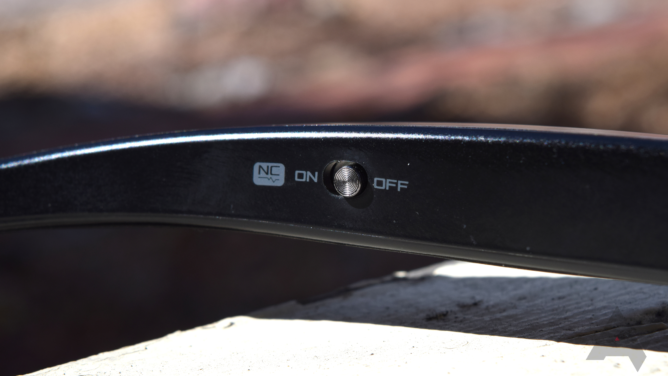 Phiaton's real pride is the 95% noise canceling, something you don't often see around this price point. From my use, this claim seems accurate. I wore the BT 150 NC on the bus, walking downtown during high traffic periods, and in generally noisy environments. The noise canceling was so good, in fact, that I felt anxious about not being able to hear much of anything around me (I tend to be one of those hyper-aware people). Noise canceling does automatically turn off if you remove and retract one of the earbuds, which is a great touch.

So far, so good, right? Well, we do need to talk about the BT 150 NC's greatest flaw: the battery life. At an advertised six hours, this is a major disappointment. Six hours isn't even a full work day for some people, and probably less than a week for most big city commutes (YMMV, obviously). It's certainly worth noting that disabling noise canceling does let the battery go an extra hour or two. Even so, that's still barely a work day for most people (not even a full one for me).

The battery life, while far too low, was consistent — six hours plus or minus fifteen minutes was what I got on nearly every charge.

At $150, Phiaton has managed to create a compelling product. The BT 150 NC has a sleek and minimalist design, excellent comfort, very good sound quality, and fantastic noise canceling (at this price point).

Its biggest problem is the subpar battery life that, while consistently sitting at six hours or so (with ANC), is underwhelming and requires recharging the BT 150 NC several times a week for many use cases. Though less noticeable in some regards than the battery life, the other issue is the short cables on the earbuds, which can get stuck on shirt collars.

For the price, the BT 150 NC is a pretty good product. However, Phiaton also has the BT 100 NC (review coming in the next few weeks) for $50 less; this device provides the same features, including the 95% noise cancelation, at a lower cost. So, while I don't think the BT 150 NC would be a bad use of your money, I'd caution you to check out the BT 100 NC first.

Phiaton has quickly become one of my favorite audio companies. The BT 150 NC has its problems, but I think that Phiaton will learn from its mistakes and come back with something better. That's the hope, anyway.

Google working to open recently-freed wireless spectrum for shared use

Iran reportedly to block Telegram due to 'national security' concerns