According to a statement made by a Google employee on the Pixel product forums, a somewhat widespread problem with receiving MMS messages on the Pixel 2 XL has been resolved. But if you ask the people that claimed to be affected, you'll get a very different answer. 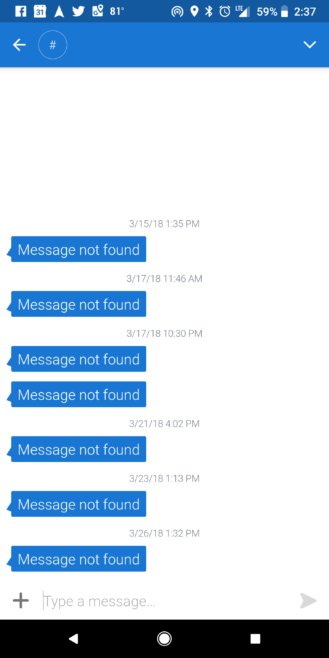 We had heard some reports for this problem ourselves, which manifests as an inability to receive or download MMS messages sent to a Pixel 2 or Pixel 2 XL. At the time, the only solution was disabling "Enhanced 4G LTE Mode" in Settings -> Network & Internet -> Mobile network -> Advanced. We were looking into the matter when a Googler issued the "fixed" statement on the product forums for one thread on the subject. This wouldn't be the first messaging problem Google's Pixels have run into.

Based on user reports, some people contacting support have had responsibility for the problem passed back and forth between Google and their carrier. Almost every user statement with carrier details indicates that the problem is exclusive to AT&T subscribers.

It's possible that a fix is, in fact, rolling out. Both a Carrier Services update and an Android Messages update roughly correspond to the date of the statement, and each may be rolling out progressively. It isn't guaranteed to be a fix, but those impatient to try the updated versions can install them via those fantastic and thoughtful people at APK Mirror (it's us).

We hope that Google is correct, and those still experiencing problems receiving MMS messages will see the problem resolved soon.

AT&T and Sonim announce the XP8, a $699 ultra-rugged phone for public safety workers

Google working to open recently-freed wireless spectrum for shared use