Google Duo is a little unusual among the company's apps, as it identifies users not based on the Google account that connects you to everything from Gmail, to YouTube, to the Play Store, but instead uses your device's phone number. Pretty much ever since it launched, we've been wondering if that situation would ever evolve. Now it looks like that's finally happening, as Google updates its Duo support pages in anticipation of the change.

We've been expecting this to happen since spotting a number of text strings related to Google account integration last fall. Earlier this month we got our latest tease, with the appearance of even more language referencing the link-up. What we saw sure suggested that Google was nearly ready to go live with the feature, but precisely when, we couldn't say.

Though we still haven't observed this account linkage become active in the Duo app itself, today Google published a new support page that outlines how this functionality is going to work. New users will be prompted to link their Google account to Duo when first getting started with the app, while existing users will be able to add that info through the app's settings menu.

If you later decide that you don't want fellow Duo users getting in touch with you via your Google account, you'll also be able to manually de-link things, though you'll have to re-verify your device's phone number with Duo after you do so.

Google notes that this account-linking will (at least initially) be available on Android devices only. We'll be keeping an eye on the Duo app, and share any additional information that comes to light once this feature is finally active.

We're still waiting for Google to flip the switch on this new feature from the server end, but with a little app manipulation, one of our readers was able to trigger the functionality already, giving us a better look at what to expect: 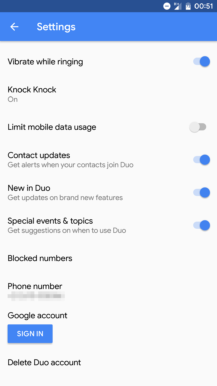 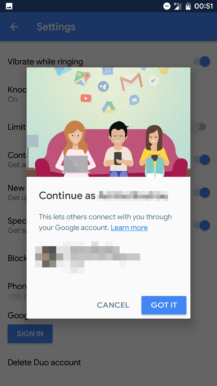 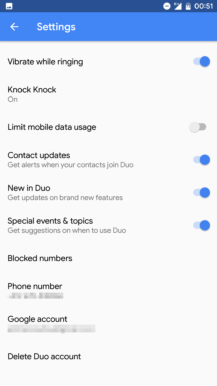 When we told you this change felt imminent, we weren't kidding, and there's a new Duo 31 release out now that adds the ability to link Google accounts. You can download it at APKMirror to check it out for yourself.

After installing that update (and restarting Duo), we now see the same add-account option, similar to what was revealed in the screenshots above. But there is one key change in the dialog box that confirms account linkage: Google now says that after linking, users "will soon be able to" contact other people on Duo through their accounts. 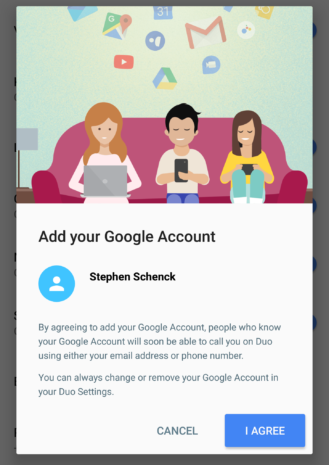 That sure seems to suggest that the feature isn't fully live just yet, and sure enough, it's not immediately clear how you might connect with other users through their accounts. The contact search box still only prompts you for a name or phone number — not an email address. And even if you have a saved contact that includes a Google account email, but no phone number, it still doesn't pop up in Duo.

From the look of things, that situation won't last for long, but it's nonetheless a little frustrating to come this far and still be waiting for full-blown Google account support in Duo.