Welcome to the latest entry in our Bonus Round series, wherein we tell you all about the new Android games of the day that we couldn't get to during our regular news rounds. Consider this a quick update for the dedicated gamers who can't wait for our weekly roundups, and don't want to wade through a whole day's worth of news just to get their pixelated fix. Today we've got an artistic puzzle game, an arcade game about lightspear throwing, a twin-stick shooter, a minimal arcade game, an endless runner, a hero collection RPG, and a spectacle fighter. Without further ado:

Diceroll Studios' Umiro is the latest game to be published by Devolver Digital, and it really is a sight to behold. It takes its graphical design cues from the popular puzzle game Monument Valley, but that is where the similarities end. The gameplay is entirely different, as the central mechanic will have you drawing paths through its beautiful stages to collect crystals and reach a checkpoint. This can be tough to do thanks to the many obstacles obstructing your most direct routes, which is where the puzzling aspects come into play as you will have to think out your movement.

Huey and Satura find themselves lost in the colorless world of Umiro with no memory of their past or how they arrived in this mysterious place. Guide the two intrepid schoolmates through striking labyrinths and puzzling landscapes to recover the sacred crystals and restore vibrancy back to Umiro and return their memory piece by piece. 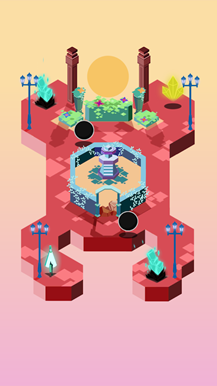 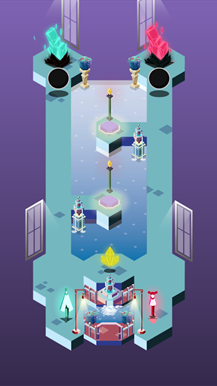 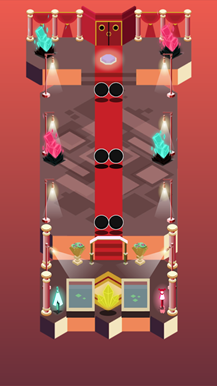 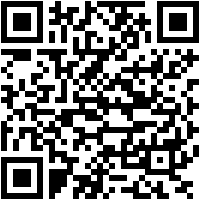 Noodlecake Studios' Lichtspeer is billed as a "fast-paced lightspear-throwing simulator," and I have to say the developers have nailed the completely made-up genre. For the most part, this plays a lot like a classic arcade game as you will be tasked with throwing spear after spear at the hordes of enemies coming your way. There are 60 levels to work your way through, with 10 upgradable Lichtpowers for you to unlock.

LICHTSPEER is a fast-paced lightspear-throwing simulator set in an ancient germanic future. Get ready to feel that beloved 80’s arcade rush in this brutal, stylish and psychedelic adventure. In a land filled with Penguin Vikings, Wurst Zombies, and Hipster Ice Giants, survival is an art. 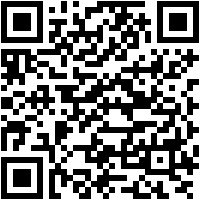 10tons' newest twin-stick shooter JYDGE was first released on Steam back in October of 2017, and just this week it landed on the Play Store. You get to play the part of a futuristic judge/cop that is very reminiscent of the comic book character Judge Dredd. Your job is to rid the city of evil crime doers while also saving as many innocents as possible, which of course entails shooting a ton of bad guys.

Build your JYDGE. Enter Edenbyrg. Get out alive. JYDGE is a lawful but awful roguehate top-down shooter where you get to build your own cybernetic JYDGE and eradicate crime in the never-sleeping megacity of Edenbyrg. Create your own play-style by augmenting your JYDGE, modifying your Gavel rifle, and choosing fearless companions to suit the tasks at hand.

AZ Rockets is the sequel to Itatake.com's minimal arcade game 99 Rockets. If you are unfamiliar with the first title, then let me explain the gameplay. Basically, you must thrust your arrow into all of the scattered letters and word fragments so that you clear the board. This can be challenging to accomplish thanks to the forced path of the arrow. This means you have to tap on the screen at just the right time to launch yourself at precisely the right angle to hit those letters. And if you don't perform this task fast enough, your timer will run out, which adds another layer of difficulty that keeps the gameplay challenging.

AZ Rockets is a minimalistic and challenging game with easy to understand game mechanics, built in the spirit of our previous game 99 Rockets. Just tap the screen to fire the rockets and hit the targets of letters. Download the game and take the lead in this expedition through a stylish space where geometry, music and sound effects builds a pleasant atmosphere. Enjoy the journey. 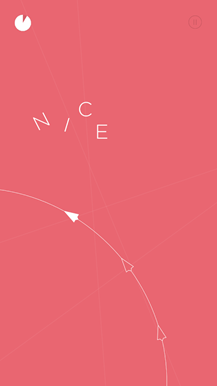 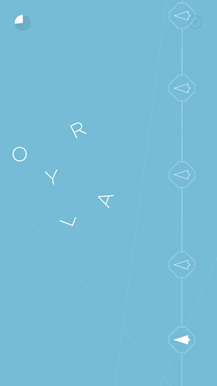 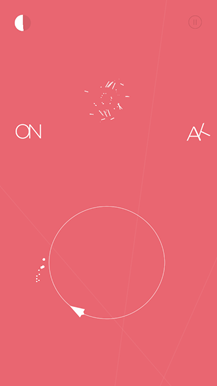 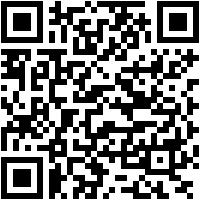 The creators of Subway Surfers have released a new game on the Play Store called Jelly Copter. It plays similarly to the majority of endless runners and Flappy Bird clones on the Play Store. It's definitely a casual arcade game best played in short bursts that should appeal to a mass audience thanks to its cute graphics and intuitive gameplay.

Fly, flap and flee as fast as you can, but watch out. How long will you survive before you crash? FLAP your way to glory and beat your friends’ high scores. DODGE sudden obstacles, stinky cheese and flaming chilis. COLLECT all the wacky characters for maximum flappy fun. Think you can fly the furthest? Good luck, my flappy friend. Kongregate's Heroes of Rings: Dragons War is a new free-to-play turn-based RPG that heavily relies on hero collecting mechanics for its strategic gameplay. If you are at all familiar with Big Fish Games' Dungeon Boss, then you should have a good idea how this release works. As you collect new heroes, you can customize them with powerful rings that can be upgraded and combined in order to create the most powerful team possible.

Heroes of Rings is a turn-based RPG with hero collection, introducing a unique battle system allowing you to easily develop complex strategies based on the heroes you use, their skills, and the turns left until the enemies attack. Collect powerful Heroes and customize them with Rings. 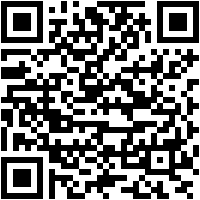 Honkai Impact 3rd is a drop-dead gorgeous spectacle fighter for Android that plays similarly to the classics in this genre such as Devil May Cry and Bayonetta. You see, the hack and slash gameplay is more about how cool you look while performing different maneuvers with finesse and style over how quickly you can beat your enemies and the game. So while the gameplay is a hoot slightly muddied by the game's free-to-play aspects, the graphics and how fantastic your moves look in action are the real draw here.

On earth, a catastrophe known as the "Honkai" has plagued mankind throughout history. You will take on the role as captain of the mighty battleship Hyperion, commanding an elite team of Valkyries in battle against the Honkai, and embarking on a journey to save the world. Play Store site redesign now rolling out to everyone