Server Message Block, or SMB for short, is a popular way to share files over a local network. It has been built into Windows for decades, and the open-source Samba implementation is used on macOS and many Linux distributions. If you've connected to a computer or printer over a network before, you've probably used SMB.

In July of last year, Google released a Samba client for Android, allowing SMB network shares to be viewed in the Downloads/Files app. It appears Chrome OS will soon have built-in SMB support, according to the new #native-smb flag discovered by Chrome Story in the latest Canary build of Chrome OS. The description simply reads, "allows connections to an smb filesystem via Files app." 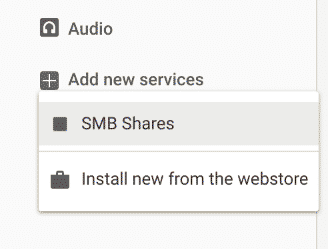 The author tried to add a server, but it would just cause the Files app to crash - that's the Canary channel for you. The relevant Gerrit commit doesn't reveal anything interesting, but hopefully the feature will land in the stable Chrome OS channel soon. Not only would it benefit users with home servers, but it could also be a huge boom for schools and organizations that already share files over SMB.

[Update: Post deleted] LG wants to know how you really feel about displays with notches