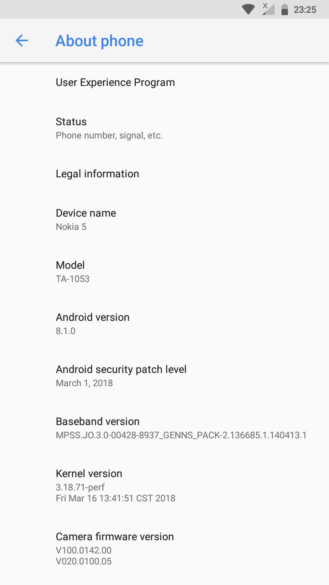 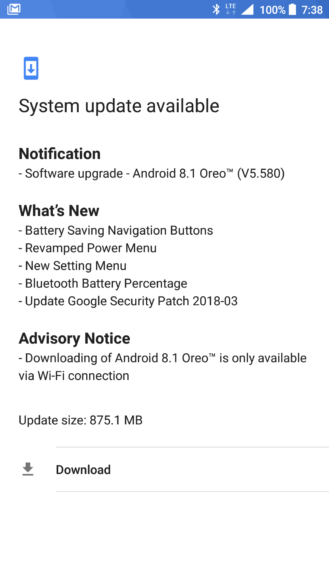 The changelog (above right) lists new features such as battery saving navigation buttons, a new power menu, and battery percentage for connected bluetooth devices. The update also includes the March security patch from Google. Once updated, the Nokia 5 and 6 (2017) will be running the same public version of Android as Google's own Pixel phones, something for which HMD Global deserves a pat on the back. If only other OEMs were so dutiful.

We started #Android #Oreo 8.1 roll out for both #Nokia5 and #Nokia6 . Please enjoy! 😀 #nokiamobile

[Update: More details] OnePlus confirms the OnePlus 6 will have a notch, explains the reasoning ...