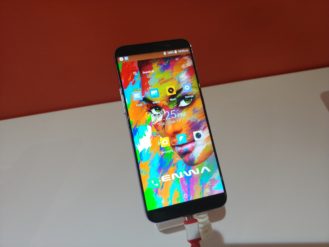 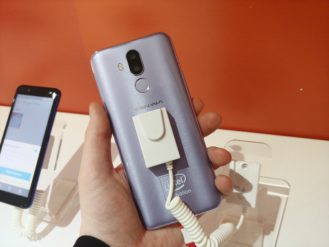 Both images above, as well as the header, via Anandtech

Both Senwa's LS9718 and the slightly nicer LS9918 were on the display floor, each of which has Spreadtrum's SC9853i SoC, which is an eight-core 1.8 GHz affair (based on Intel's Airmont architecture), humorously paired with an ARM Mali-T820 GPU and a Spreadtrum modem.

I'd have loved to check out Senwa's phones at MWC had I noticed them or their Intel connection. But, unfortunately, they didn't catch our eye. Thankfully Anandtech's Ian Cutress did notice the distinctive Intel branding on the company's booth, and he even managed to snap some photos and run a benchmark. (The latter should leave you pretty happy that you aren't using an Intel-powered phone right now.)

Anyone interested in the slow death of Intel's mobile plans should probably give Anandtech's coverage a read. After all, these two Senwa phones might be the last we see of Intel's x86 hardware in the mobile space. Although Intel is reportedly extending its SoC arrangement with Spreadtrum, the latter company will be switching to ARM cores in the future.

'The Room: Old Sins' set to release on Android April 19