Huawei has unveiled what look to be the most expensive AirPod ripoffs yet, and they're called 'FreeBuds.' These very familiar-looking, fully-wireless Bluetooth headphones only got a tiny mention in addition to the P20's announcement, but Huawei had some units for event attendees to try on. 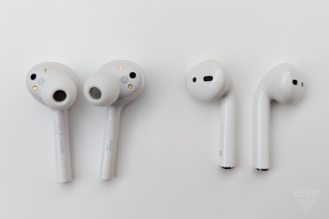 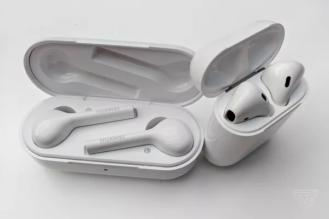 The Verge got some ears-on time with the FreeBuds and noted that they're comfortable and fit well, but Huawei didn't allow any listening to be done. The AirPods on which these are so clearly based don't have much going in terms of noise isolation, but the FreeBuds change that with some silicone tips on the end. The FreeBuds also have a slightly longer and flatter stem than the AirPods.

The case uses the same basic mechanism as the AirPods', but the buds themselves are orientated horizontally instead of vertically. Huawei boasts a 10-hour battery life, which is impressive if true; that's double what Apple claims for the AirPods. 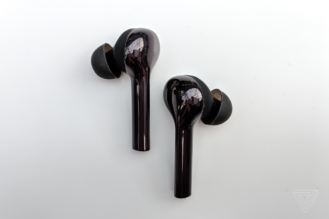 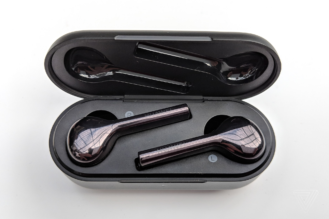 The FreeBuds will be available in both white and black, the latter of which isn't offered by Apple. They'll cost €159 in Europe, making them slightly more affordable than the AirPods' €179. It'll be interesting to see how these compare with offerings from companies such as Bose, Bragi, and more. But if all you're after is the AirPod aesthetic, check out these $14 Ztech headphones on Woot. They get the job done for a whole lot less.