Google's strange clip-on camera, 'Google Clips,' officially went on sale last month. It takes photos and video automatically, using machine learning to determine what events should be saved. Now the camera has received its first major update, increasing the resolution of still images and adding pinch-to-zoom in the mobile app.

I'm unable to test the new features, since I don't own the camera (nor does anyone else at Android Police), but here's the latest changelog for the Clips companion app:

• Pinch-to-zoom in the app! Tap 'Edit' on any of your clips and pinch to zoom

Annoyingly, there is no way of telling what the resolution for still photos was before, and what it is now. Photo samples from The Verge's review are 800x447, but the site may have just resized the images before uploading (no other review I could find included still images at a higher resolution). Google also doesn't state the resolution of still photos on the Clips product page.

If you have a Google Clips with photos saved before the update, perhaps you can enlighten us in the comment section. In the meantime, we've reached out to Google to clarify. 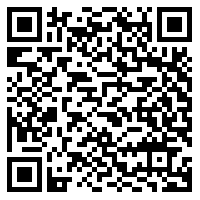 Google Pay offering $10 Play credit to you and a friend per referral, capped at $100 in credit