Google has acquired Tenor, one of the big players in the GIF game. In a blog post, Google said that Tenor will continue to operate as a separate brand while Google invests "in their technology and relationships with content and API partners."

Tenor's GIFs are everywhere, from Twitter to WhatsApp to Google's own Gboard; in a post on Tenor's blog, CEO David McIntosh says Tenor surpassed 12 billion total GIF search requests earlier this year. McIntosh will retain his leadership position, he writes, as will co-founders Erick Hachenburg and Frank Nawabi.

Google says that with the acquisition, it's "bringing GIFs more closely into the fold," and that the newly-acquired Tenor will help users find just the right GIF "in Google Images as well as other products that use GIFs, like Gboard," but didn't elaborate on how. Neither company's statements detailed the financials of the acquisition. 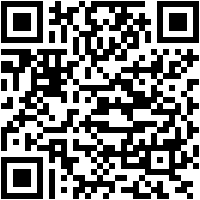