When you travel, you get a good idea of the stuff it takes to keep your lifestyle going. It's one thing to be surrounded by all the things you need at home, but it's another to selectively pack them into a limited space with the expectation of maintaining the same standards. For me, the limiting factor has always been power: charging all my stuff means toting a pile of cables and bricks around. In fact, that's one of the biggest advantages of the growing ubiquity of USB-C and the PD spec.

So when I saw Satechi's 75W Travel Charger, with one USB-C PD and three USB-A ports, I knew I was interested, and it didn't disappoint.

In fact, this is the only charger I really used for all of MWC. While I still brought backup chargers—just in case they were required—the Satechi 75W Travel Charger suited my needs perfectly, topping up my laptop, both phones, and my mirrorless camera wherever I went.

Satechi's charger isn't the most original, physically speaking. In fact, I expect that it's a simple rebadge of a nameless Chinese OEM, as ZeroLemon has one that's identical. That's not necessarily a problem, though. If anything, it makes comparison shopping a bit easier. Just grab whichever has the price you prefer, or the warranty you trust more. Physically, it's a brick. On one of the small faces you've got all the ports embedded in black plastic: one USB Type-C, one USB-A sporting Qualcomm's Quick Charge 3.0 tech, and two standard 5V/2.4A USB-A ports. Above that, you've got a wide blue power LED and a light sensor that adjusts its brightness to the ambient light. (This is the single greatest development in charger technology I've ever seen, but more on that later.)

Horizontally aft from that plane (i.e., on the butt), you've got a two-pin female non-polarized 100-240v connector. It and the other four faces are just plain silver-painted plastic.

Honestly, I wish Satechi had skipped on the silver paint, as in my short use it's already worn through in a few spots. Travel chargers see a lot of wear and tear, so thin coatings aren't really a very good idea. Granted, it's a charger, it doesn't need to be pretty, but even so, a solid black or silver plastic would have held up more and looked a bit better over time. 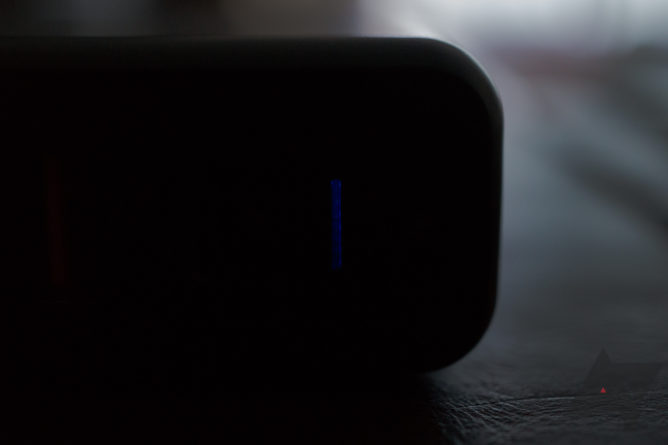 Brightness of the sole LED in a dimly lit room.

On a more positive note, the LED just above the USB-C port is always perfect. That's thanks to the ambient light sensor.

I need this on every LED-equipped device I own now.

In bright light, it's bright enough to see. In low-light, it's delightfully dim. Few things are more annoying than overly-powerful LEDs on a charger, in my opinion, so I'm glad that the light on this charger won't project halfway across a hotel room when you're sleeping. You can always see it if you're looking for it, but it's not obtrusive. Whatever the light level is, it's just barely there, and that's ideal. 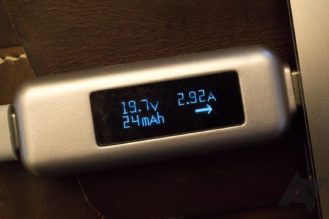 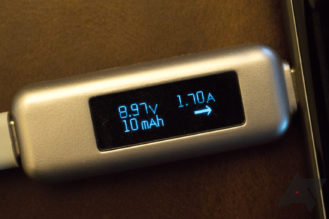 TL;DR: it charges stuff. And it does a pretty good job.

With 60W of power on the USB-C port, Satechi's 75W Travel Charger is able to match the USB-C output on a 13" MacBook Pro charger, topping it up just fine. It's just a bit less powerful than the 85W 15" unit's charger, but outside intensive workflows, it should still be able to top the larger MacBook Pro, just a bit slower.

As you'd expect, that USB-C port is able to charge Type-C equipped phones, too. I'd have preferred to have two (or more) Type-C ports since most of my devices are moving that way, but at least the USB-A ports work fine with an A-to-C cable. 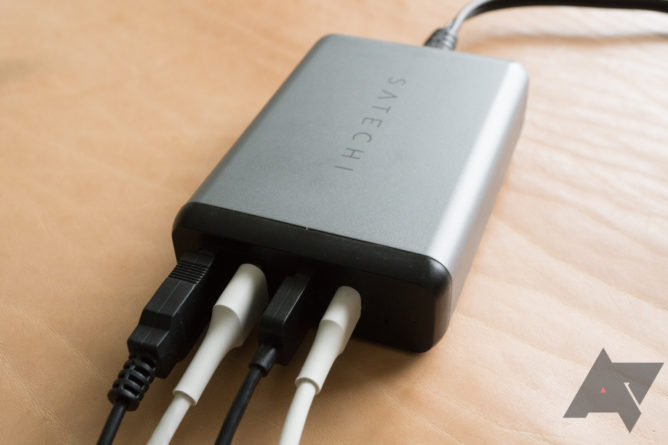 I was able to get the advertised rate from every output, but I don't have enough meters to determine which ports have priority for the combined 75W of power. I would imagine that the USB-C port gets power first, with the remainder subsequently flowing to the USB-A outputs in some order, but Satechi doesn't say in its documentation, and I lack the tools to test with confidence.

Even at (probable) max output, it stays cool, though, so heat doesn't seem to be much of a concern.

Outside those unknowns, it's a performant, high-wattage charger. All the other devices I tested it with, including phones like the Pixel 2 XL, 2016 Pixel XL, and OnePlus 5T, took power from it at or near the maximum rate they would from other USB-PD chargers.

If you're looking for a dedicated phone charger, Satechi's 75W Travel Charger is overkill. You can buy a standalone USB-C charger for less. If all you're looking for is a charger to top up a bunch of different devices slowly, there are also other options out there with more USB ports. But if you'd like something to charge up your phone and laptop, especially on the go, then this is your jam.

At $59.99, it's also cheaper than Apple's official 61W replacement, and for that you also get a handful of USB-A ports, to boot. At that price, I'd recommend this charger to anyone looking for a USB-C MacBook replacement charger. There really isn't much of a reason to stick with first-party if you need a new one, unless you need the extra wattage for the larger 15" MacBook Pro or you're just uncertain about 3rd party power sources. 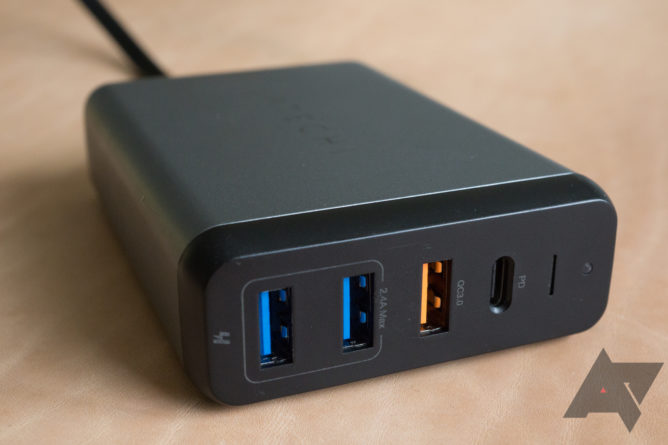 Satechi's 75W Travel Charger is a very good charger. It's not perfect, there are definitely some wishlist items I'd have included in the ideal charger, like more USB-C ports and less paint. But as someone looking to travel light with an eye to charging a USB-C powered laptop, phone, and random accessories like a camera, this handily fits the bill.

The most concise praise I can provide is that it has taken a permanent spot in my laptop/work bag.

Satechi's charger is available at the retailers below: 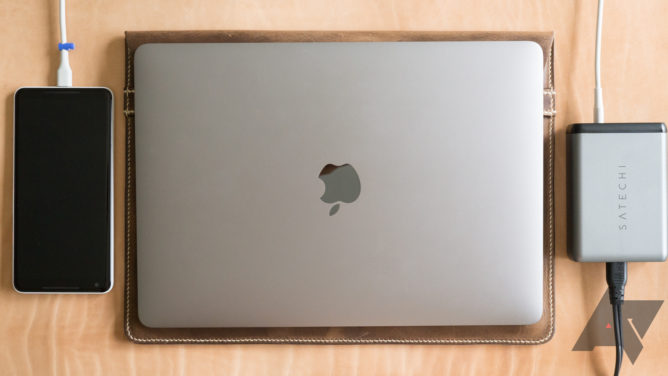 Huawei in talks with Sirin Labs to develop 'blockchain-ready' phone