I've come across Dribbble a few times in my online life, often when a budding designer shares a concept of an app or idea for all to see. The service seems like a mix between a social platform and a portfolio showcase where those with an artistic penchant can publish their designs, illustrations, photography, and other forms of scribbbles. But sadly, the lack of an official Android app used to crippple users from properly accessing the service on their smartphone so they had to resort to third-party apps.

Developed by Mathieu Marée, Rippple is the most popular Dribbble client on Android, and it's now being purchased by the service. Mathieu will also be joining the Dribbble team and won't be limited by the nibbbles of available documentation anymore: he'll be given full access to the internal APIs so he can develop a "feature and functionality rich" official app for Android.

So if you had a quibbble with Dribbble only releasing an official app for iOS last August, fret not as the Android app should be "coming soon." And if you're wondering whether or not I decided to write this post just so I can wibbble-wobbble for no reason, then you're about 99.9% right. 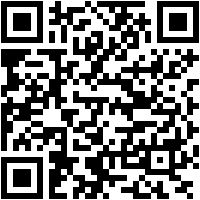