It can sometimes be a little annoying when a product has different features on different platforms. For example, Gmail's web interface supports multiple inbox layouts, such as Important first, Unread first, or Priority Inbox, but unfortunately Gmail's Android app doesn't. To add insult to injury, Gmail on iOS also supports inbox types, so users were left feeling puzzled as to why the same feature was present on one platform but not another. Fortunately, Google has announced that it's addressing this lacuna today, with the Gmail Android app to finally support alternative inbox layouts. 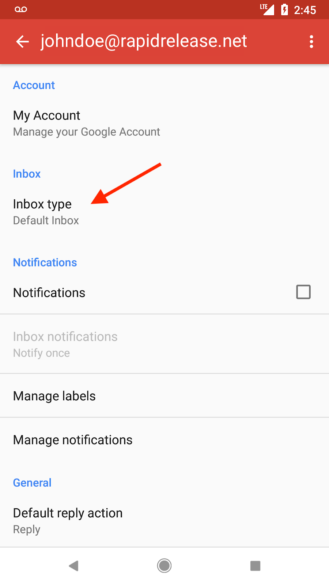 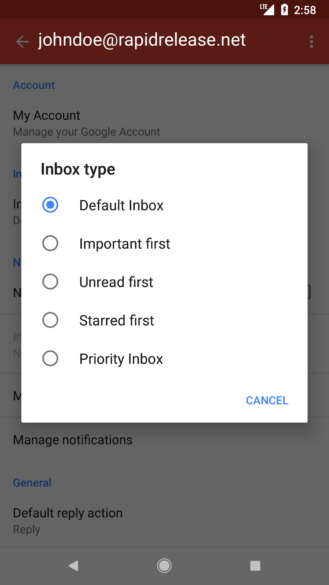 The five available inbox layouts are shown on the right

One of the nice things about this change is that a user's chosen layout will sync across all platforms, so if they select the 'Unread first' layout in the Android app, the web interface (and iOS app) will also show the same layout, and vice-versa. As of right now, it seems the update hasn't entirely gone into effect — the only currently available options are 'Default Inbox' and 'Priority Inbox' — but we can probably expect the change to come soon. 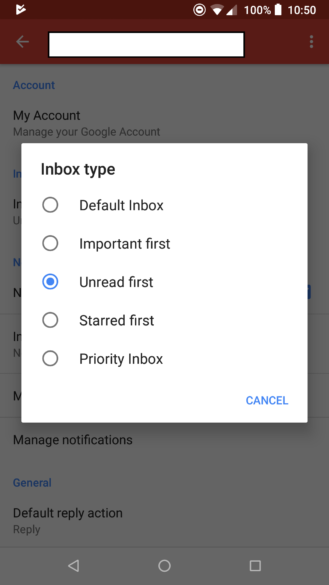 As noted by Artem, it appears that the default inbox type can't be changed, which is either an obvious oversight or a very puzzling limitation. Not only that, but the 'Unread first' inbox type shows only unread emails, unlike on the web where it shows read emails after the unread ones. What gives, Google?