A new version of Google Maps began rolling out late last night. The immediately visible changes are semi-cosmetic, including some slightly more informative details, but there aren't any obviously huge additions to see here. As we turn to a teardown, there are signs that reviewers will soon be able to start writing, then save their work as a draft. Also, if you're going to be driving in Jakarta, Indonesia, Google Maps is going to make it easier to deal with odd-even driving restrictions. 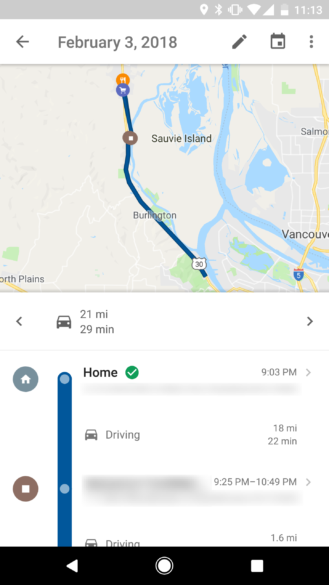 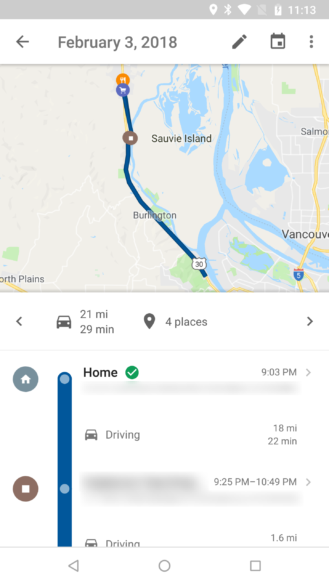 A small bit of polish came to the timeline view. If you look to the center of the screen, there is now a counter of how many places you visited each day. 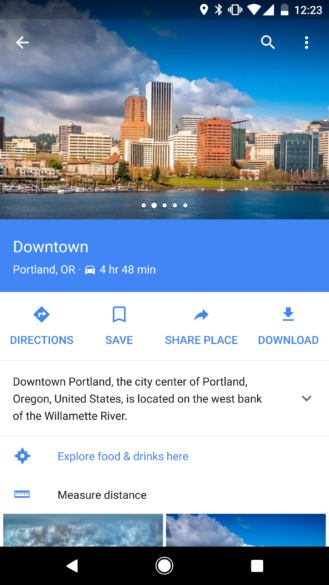 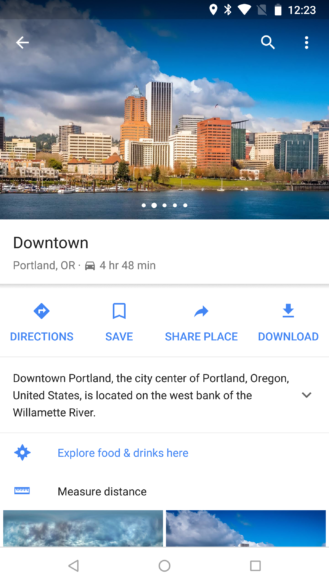 Another subtle change was made to detail pages, though this one doesn't add any information. The blue title bar has lost its color, becoming a white bar with a thin drop shadow. It also got a few pixels thinner, but that doesn't have much impact on the overall page. 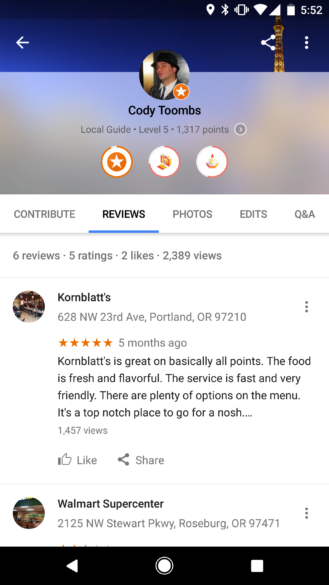 Back in December, there was a clue that users would soon get to see a counter of their views and likes on their reviews. These are now showing up on the Reviews tab in the Contributions screen.

These counters aren't actually tied to the version update, but it appears Google remotely switched them on recently.

We've seen evidence for a while that reviews would see some pretty significant changes. Just in the last few months, there have been signs of bonus points for longer reviews, search for reviews, view and like counts, and even focusing on specific visits and menu items. With all of these changes, it seems like we should probably also have an easier time writing reviews. As it turns out, that's in the works.

A ton of new text was added with this update that shows users will be able to begin writing a review, and without posting it, they can save the review as a draft and come back later to complete it.

Most of the text above is redundant. The key points are that drafts can be saved and deleted. From the look of it, I suspect drafts will actually appear like reviews to the writer, but they will be labeled as drafts. Users will be able to edit them just like they would a regular review and then go through with posting them once they're finished.

Odd-Even rules of the road, for Jakarta

Cities around the world have been struggling with an overwhelming number of motorists on roads that can't be made any larger. To combat issues of traffic jams, air pollution, and many other complications, some cities have been enacting restrictions on which days drivers are allowed to take their cars out on certain roads, a practice referred to as road space rationing.

Rules for a system like this are typically formed around picking numbers on a license plate that are banned from certain roads during certain hours or days. A system like this was implemented in Jakarta, Indonesia starting in 2016, banning either odd or even-numbered plates from select roads on alternating days. The following year, Google rolled out a system to Waze users that handles Jakarta's road restrictions, and now it looks like Google Maps will be getting the same treatment.

Using this system is very straightforward, all you will have to do is enter your license plate into Google Maps. From that point on, you'll be reminded if your vehicle isn't allowed to travel through certain areas, and navigation will automatically factor in these restrictions while it determines the most efficient route.

For now, Jakarta is named specifically, but it's possible Google will expand this feature to cover other cities with both permanent and temporary restrictions – like those that are sometimes implemented during massively congested events like the Olympics.

This is now live in Indonesia. When you search for directions and tap the overflow menu then Route options, you will see an option to avoid odd-even roads based on your car's plate. Thanks, Mukhlis. 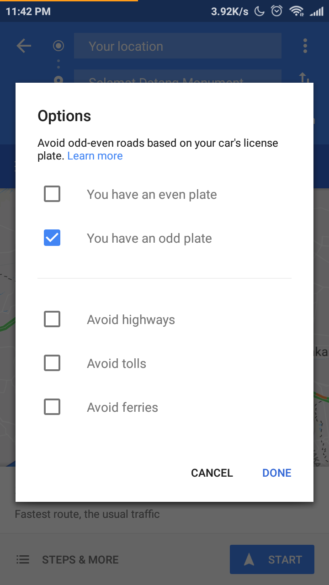 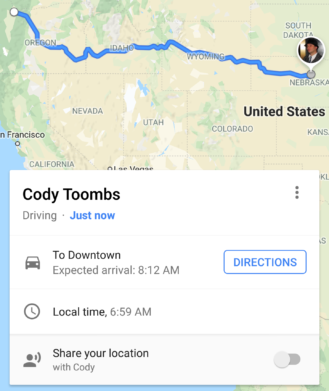 There's very little to say about this one. Put simply, Google Maps is going to become a little more specific when it reports times during location sharing. Some of the new messages will indicate the time and day, especially if one person is technically in a different day.

Google Maps already makes it easy to find hotel rooms and get prices right from the app – that's been around for about five years – but you really didn't get any other details about the hotel without leaving to visit a website for bookings. Google Maps may be preparing to show per/night rates, which matters quite a bit for hotels that charge significantly more on busier days.