It's been a while since the web Play Store got a fresh coat of paint, but it's coming. Google is in the process of rolling out a tweaked UI, after testing it for a few months. We're still digging through the redesign, but some changes are obvious. The screenshots are much larger, which is a long-overdue change. You'll also notice a myriad of layout tweaks and a new dedicated reviews page.

Ever since the last Play Store redesign, screenshots have been weird. They were confined to the slider interface, which made them too small. Look at how silly this is. 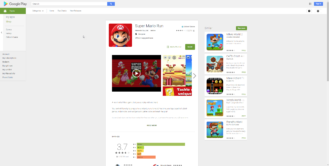 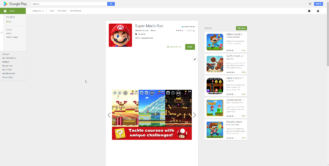 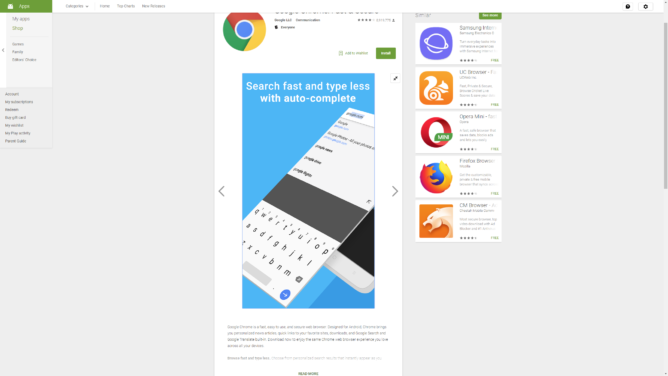 Now, you get a much bigger image in the new lightbox viewer. The lightbox UI covers the whole window, but the image is toward the middle. Still, it's a vast improvement. See below. 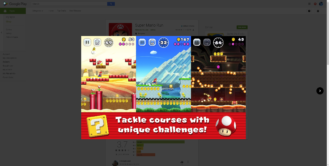 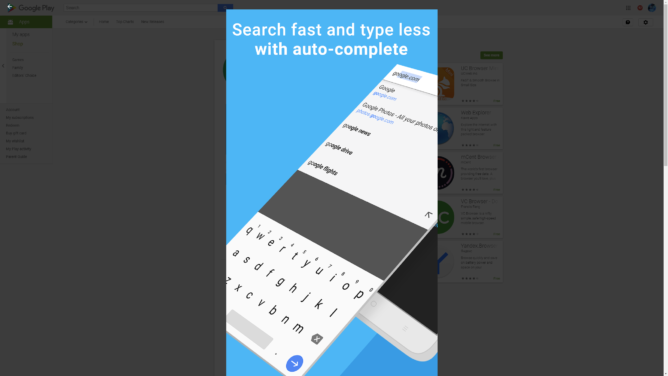 Scrolling through screens is pretty slow in the new Play Store, though.

The reviews are different as well. If you open the "All Reviews" section, you'll now get a dedicated page rather than an expanded section on the main app listing page. The new page shows how many thumbs-ups each review has received, and there's a new "All Devices" filter option. 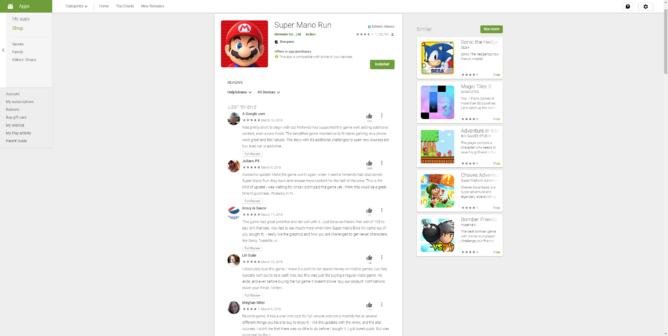 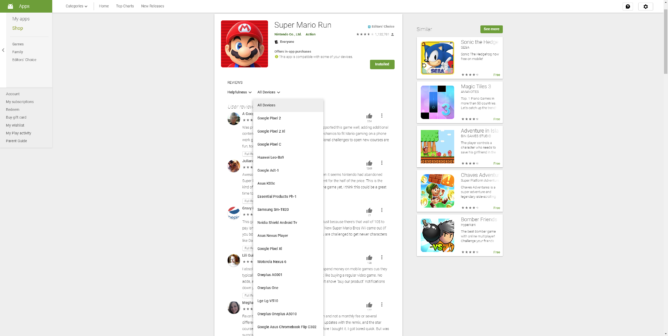 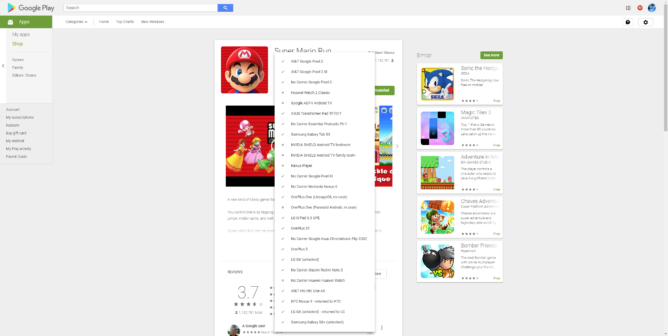 The mobile version of the web Play Store got a small tweak as well. Instead of a gray background, it's white. 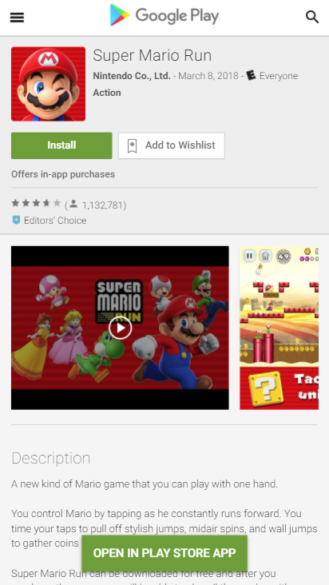 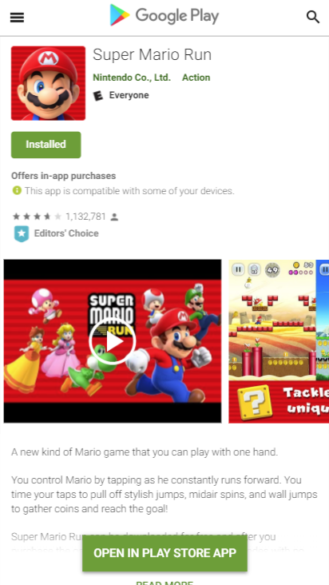 The new interface appears to be rolling out rather quickly. Some people see it on all listings, but others see it intermittently or not at all yet. Keep an eye out. We'll continue looking for new changes and update as needed.

Okay, after more experimentation, we've noticed some more changes in the new UI. The images in the lightbox appear to be effectively full-screen if there's enough resolution. The Mario image above is a smaller file, but you can see another example below with a larger screenshot filling the window. It's a bit odd there's no border around some of these images. 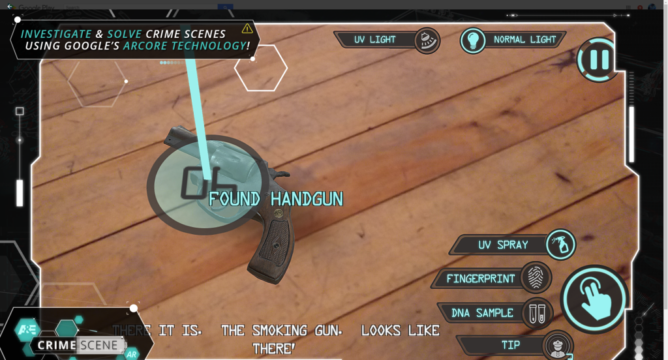 An apparent downside to this new image viewer is that you have to find the little arrow in the corner to close the lightbox. You can't click on the image or outside the image in the dimmed area. You can't use arrows to advance through the screenshots, either. The Play Store also pre-loads all the images when you click to expand one. That can make the page feel sluggish and wastes bandwidth.

LG will reportedly stick with LCD screens for the G7