It's been almost a year since Google unveiled Android Go, now technically known as Android Oreo (Go Edition), but devices you can actually buy are few and far between. In fact, only ZTE has committed to launching a Go device in the US. Now, Alcatel is announcing plans to launch the 1X in the US, too. The phone was shown off at MWC a few weeks ago. The specs are modest, but it'll cost under $100.

The Alcatel 1X will sport a quad-core MediaTek processor, 1GB RAM, 16GB storage, and a 5.3-inch 960x480 display. The only "fancy" thing about this phone is the taller 18:9 screen ratio, so the bezels aren't too bad. There's no fingerprint sensor in the international version, but it sounds like the US variant will have one on the back. 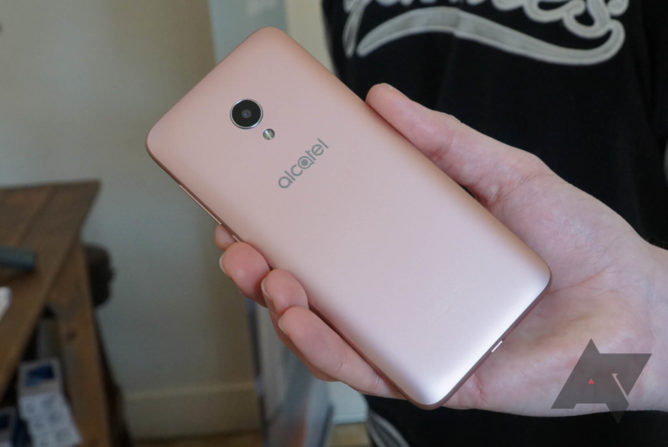 Alcatel hasn't provided a specific price for the phone, only saying it'll be under $100. That could mean $99.99, which is technically less than $100. As an Android Go device, it will have the full suite of Android Go apps and system optimizations aimed at improving reliability and performance. The release will be "in the coming months."