It's really easy to take internet connectivity for granted: between increasingly capable cellular networks, and high-speed private Wi-Fi access points in our homes and workplaces, staying connected 24/7 is more effortless than it's ever been. At least, that may be the case for some of us, but wireless infrastructure varies wildly around the globe, and there are millions of fellow users out there who would no doubt love to see their local internet access seriously overhauled. Today Google's doing what it can to help, as it announces the availability of free public Wi-Fi in over sixty popular areas across Mexico as part of an expansion of Google Station.

Back in 2015, we first learned of Google's plans to bring free public Wi-Fi to hundreds of railway stations in India; in the months that followed this effort picked up the official name “Google Station.” It didn't remain relegated to train stations in India for long, though, expanding both to new non-train venues and coming to the nation of Indonesia.

Now it's time for Google Station to spread to a third country, as Google partners with ISP Sitwifi to transition the company's existing Wi-Fi APs in Mexico over to Google Station. Yes, some of those are in transit hubs (staying true to the project's namesake), but this expansion also includes places like shopping malls. 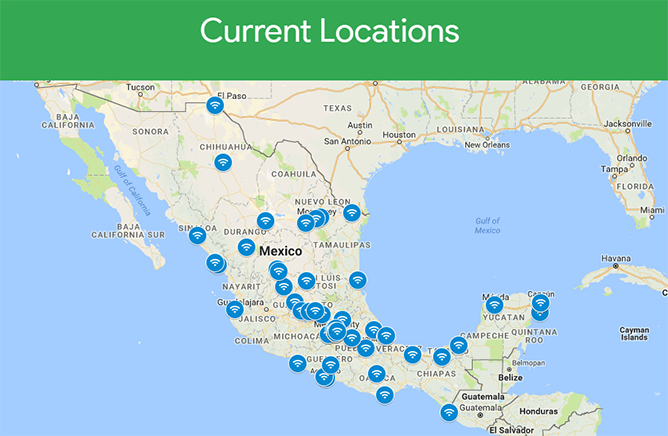 Google plans to continue pushing for more access points across Mexico, and hopes to have over 100 places covered by the end of 2018. Beyond that, though, there's no word on what country Google Station might expand to next.