The Google Assistant listing on the Play Store might only be a glorified shortcut, but it's still one avenue for accessing the Assistant on supported devices. And, as of a few days ago, it was officially updated to support devices running Lollipop 5.0. Explicit Android tablet support was also added, which brings parity to today's announcement that the Google Assistant is now supported on the iPad, too.

Lollipop support might not seem like a big deal, but almost 25% of Android devices are still running Android 5.0/5.1 according to February's platform distribution numbers. Of course, Lollipop and tablet support was explicitly added to the Assistant late last year. This update is merely for the app shortcut listing on the Google Play Store, bringing the APK's minimum API level down to 21. 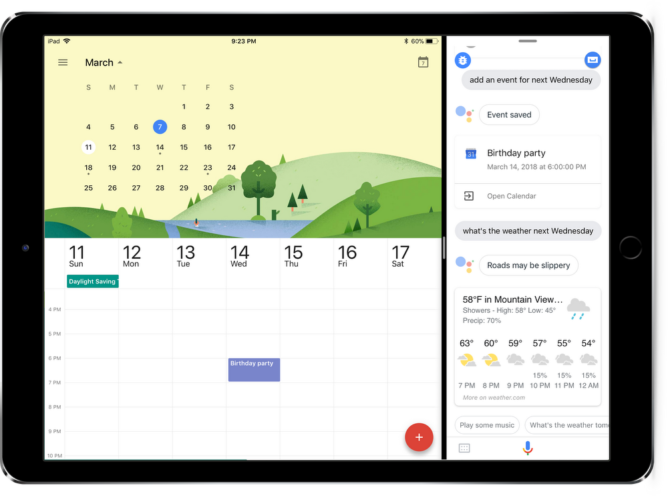 In addition to Android tablet support, Google's also rolling out the red carpet for the iPad. Last year Google introduced its personal assistant to Apple's iPhones, and this new iPad release should give users of Apple's tablets all the same Assistant-powered features available on the smaller devices, as well as multitasking support for simultaneous use with other apps.

iPad support should be rolling out today, with language compatibility for English, French, German, Italian, Japanese, Brazilian Portuguese, and Spanish. Lollipop and Android tablet support are already live in the current version listed on the Play Store, though.

The Facebook Watch video section could get news starting this summer