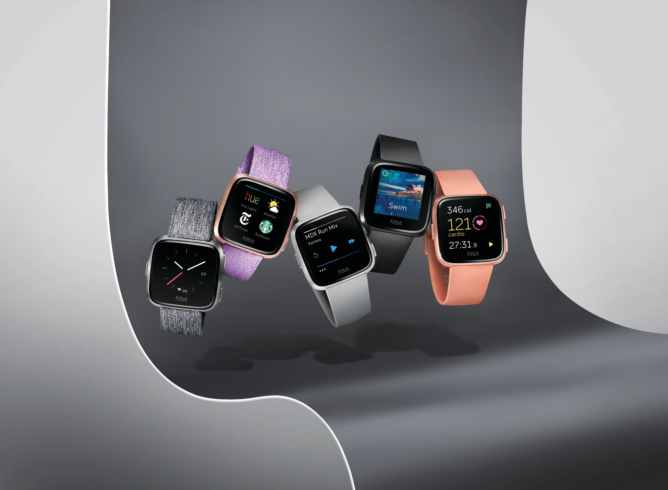 Fitbit's Versa watch had already been leaked ahead of today's announcement, and it looks just as we expected. It boasts a much nicer design than its predecessor, the disappointing Ionic, and comparisons can easily be made with the Apple Watch. The Versa has a 1.34" display covered with Gorilla Glass 3 with a brightness of up to 1000 nits. Fitbit promises at least 4 days of battery life for what it says is "the lightest metal smartwatch in the U.S. market."

It will run Fitbit OS 2.0, which offers a new personalized dashboard and smart replies for Android users. On-screen workouts are able to guide you through your routines, and there's automatic sleep tracking built-in. A Special Edition will also be available that will include an NFC chip for use with Fitbit Pay. The Fitbit Versa will cost $199.95 for the standard version and $229.95 for the Special Edition. It will come with both a small and large standard wristband, but leather, metal, and mesh alternatives can also be purchased starting at $49.95. You can pre-order it right now on the Fitbit site. Verizon will have the Versa for pre-order from tomorrow, as will other selected retailers. It will go on general sale in April at retailers such as Amazon, Best Buy, Kohl’s, Macy’s, Target, Verizon, and Walmart. 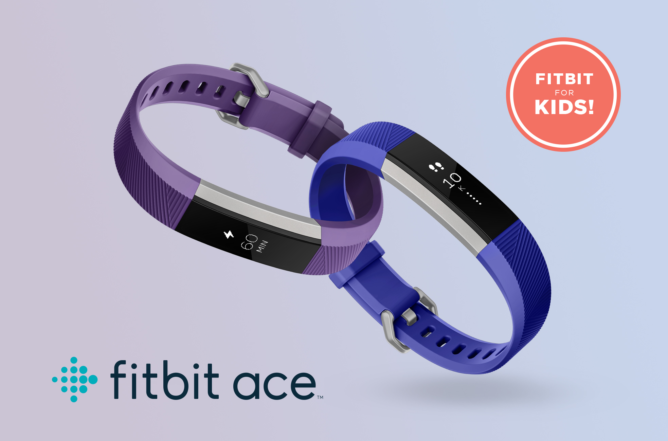 The Fitbit Ace is a fitness tracker designed with kids in mind. It monitors steps, active time, and sleep, and the company says the showerproof wristband will last up to five days between charges. A new family Fitbit account accompanies the Ace, offering parental control features to keep the kids safe while using the device.

Other features include motivating challenges built-in, as well as move reminders and rewards to encourage positive action. The Ace will go on sale in Q2 2018, and can also be pre-ordered straight away from the Fitbit site. It will be available in blue or purple and cost $99.95. You'll be able to find it at Amazon, Best Buy, Kohl’s, and Target, among other retailers. 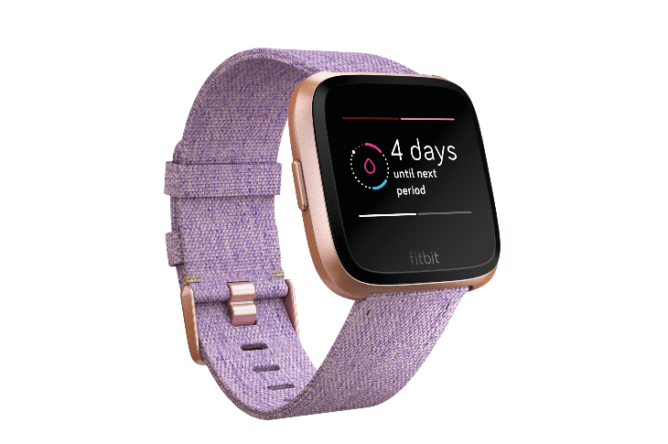 At the same time as announcing the new products, Fitbit has drawn attention to some improvements it has planned for the Fitbit app. After copious requests from users, the company is adding period tracking to its app. Coming in May, the new in-app and on-device features will aim to help female users understand their menstrual cycles better to enhance overall health and well-being.

You'll be able to log periods and get push notifications for your predicted start date. Your Fitbit watch will also show your fertile window in your Today dashboard if you so choose. Fitbit has also worked with a group of medical advisors to produce female health education materials to help users learn more, plus new Fitbit community groups on a range of associated subjects are being set up.