OnePlus is most likely forging ahead with a new flagship phone that will launch this summer, but it hasn't completely forgotten about the flagships of yesteryear. The OnePlus 3 and 3T are getting new open beta versions today. The changes appear to be the same, but the version numbers are different. The OP3 gets v32 and the OP3T is v23. 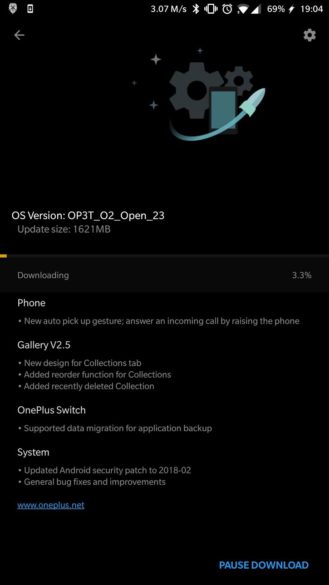 As you can see, it's not a major update. It should still be running on Android 8.0 rather than 8.1, and the security patch is from last month. You can grab the beta updates from the OnePlus downloads site, but keep in mind it's a beta. Things might be broken. If you're already running the beta, you should get the new version as an OTA update.