Google's AR Stickers might have fictional spacecraft from Star Wars, but the more dedicated space enthusiasts will probably prefer the NASA-developed Spacecraft AR. As you might be able to deduce from the name, this app brings spacecraft to you via artificial reality, and it's actually pretty good at it. 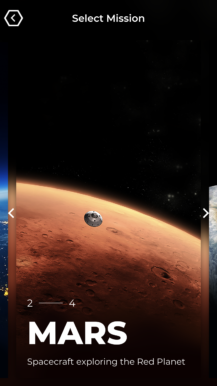 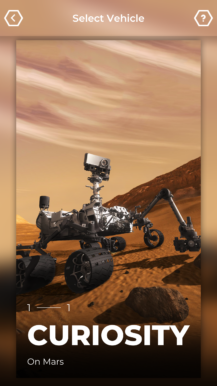 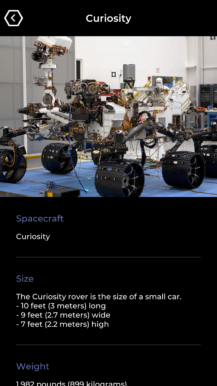 As soon as you open the app, you're greeted with four "Missions:" Earth, Mars, Planetary, and Other. Earth contains SMAP (Soil Moisture Active Passive); Mars has the Curiosity rover; Planetary includes Cassini, Voyager, and Juno; and Other comes with the 70-meter DSN Antenna. Hit the question mark on the top right of any spacecraft's card and you'll be brought to a fact page. 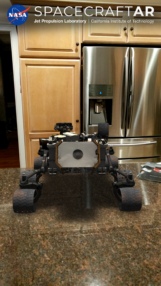 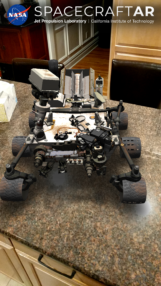 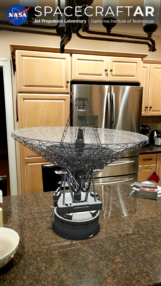 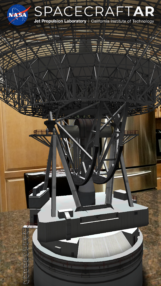 The giant watermark up top is added to every picture taken.

Setup is simple and very similar to that of AR Stickers; just make a few circular movements with the camera pointed towards a flat surface and then tap where you'd like the models to be placed. The results are very impressive; the models themselves are very detailed, moving parts spin around, and there are even whirring noises from said movements. By default, the models are scaled down, but you can make them life-sized if you'd like. That's when things get interesting. 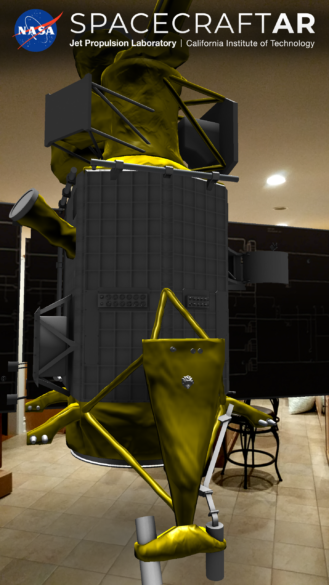 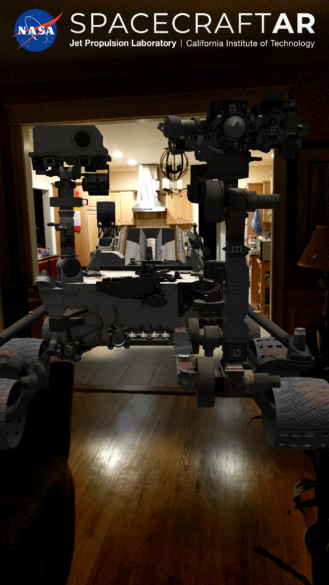 It's a little unclear what devices Spacecraft AR actually works on; the Play Store listing shows that it's compatible with my Pixel 2 XL, Pixel XL, and Galaxy S8+, but not with the OnePlus 5T, Essential Phone, HTC 10, and some older phones. (Update: It seems like the list of devices that ARCore supports is the compatibility list.) If your device does support it, though, it's definitely worth playing around with. Where else are you going to find an app that puts a giant Curiosity rover inside your house?