Virtual reality technologies are at a place now where they're actually fun to use, after decades of early efforts where the big dreams of VR evangelists simply couldn't quite be realized by available hardware and software. But for as good as things are today, there's a deep well of potential for them to get much, much better. One of the keys to the next evolution of VR will be the arrival of headsets with incredibly pixel-dense displays, making it that much easier for users to suspend disbelief and feel that what they're seeing is as real as they are. And now from the looks of things, Google is preparing to share just that kind of tech with us in only a few short months.

The Display Week 2018 trade show takes place in late May. According to a newly-published advanced program for the expo, Google will be making a presentation detailing “An 18 Mpixel 4.3-in. 1443-ppi 120-Hz OLED Display for Wide-Field-of-View High-Acuity Head-Mounted Displays.”

Compared to the screens in currently available virtual reality or augmented reality headsets, that kind of image fidelity is staggering. The presentation's title doesn't confirm the panel's precise resolution, but based on the size and pixel density, we could expect to be looking at a screen in the 5500 x 3000 range. Even newly-announced headsets like the HTC VIVE Pro with its 2880 x 1600 display can't approach that kind of detail. 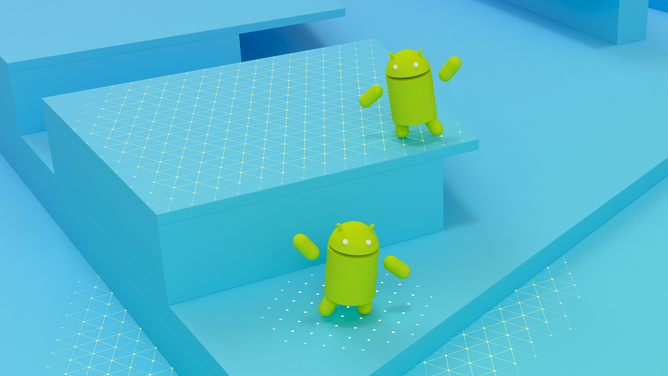 For head-mounted display applications, a panel with this kind of resolution means that it's a lot less likely users will observe the “screen door” effect where the boundaries between pixels become visible, as well as jagged diagonal lines due to aliasing.

The high refresh rate should also contribute positively to the feeling of immersion; the screens in the Oculus Rift and HTC Vive only operate at 90Hz, versus the 120Hz here.

The Display Week schedule shows Google presenting alongside LG, strongly suggesting that the company is playing a role in realizing this OLED-on-glass display tech.

Google's VR ambitions have already evolved past phone-based VR to complete standalone systems, like the recently launched Mirage Solo from Lenovo. Will this new high-res panel end up in a similar standalone VR headset? We sure hope so, because based on these tech specs, this Google screen could take VR hardware to the next level.