Back when LG still hadn't officially announced the interestingly-named V30S ThinQ and was merely teasing it, the company mentioned that the new features might trickle down to existing V30 devices. At MWC, LG confirmed that the V30 and V30+ would in fact get ThinQ features. In keeping with that promise, a reader in South Korea who owns a V30+ (a V30 with 128GB of storage) recently received an update that included a few interesting additions from the ThinQ. 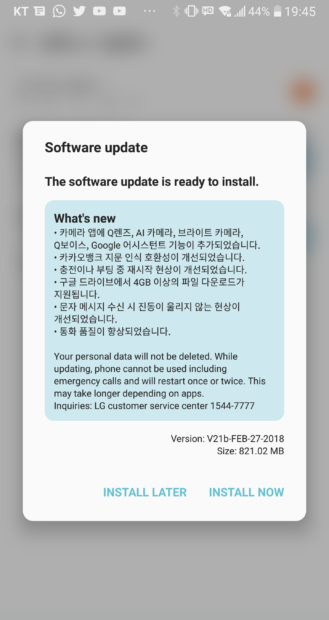 The V30S ThinQ (and V30S+ ThinQ) were officially released in South Korea yesterday, and on the same day, South Korean V30 models began receiving an update. Our tipster's V30+ (model number V300K) pulled an 821MB update with a decently long changelog. As you might be able to see, it's in Korean, but here's what Google Translate tells us it says:

The translation isn't perfect, but it's not bad at all. The highlights here are presented in the first bullet point ("Bright Camera" likely refers to the low-light mode). The second, fourth, fifth, and sixth points are clear, though the third one is a bit confusing. The tipster said that there's some new ThinQ branding that shows up on the boot screen ("LG V30+ ThinQ" instead of "LG V30"), and our best guess is that it's referring to that. 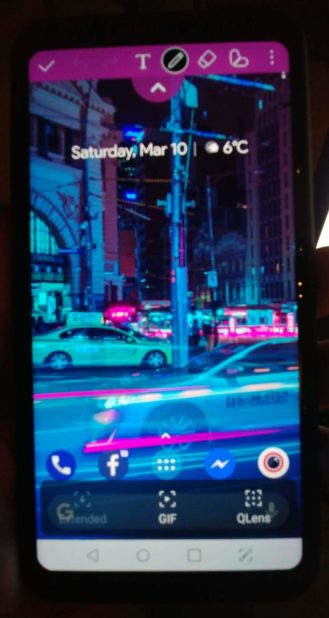 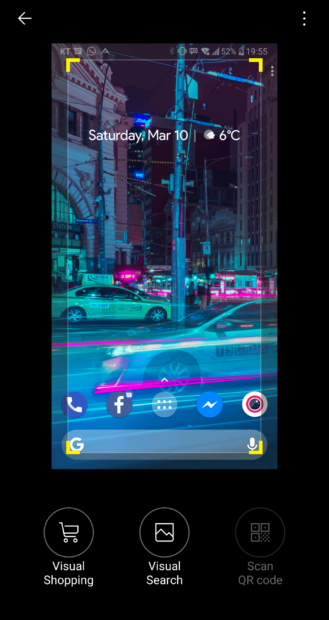 As far as we can tell, most, if not all of the new features from the ThinQ models have made it in one piece. The V30S and V30S+ ThinQ might have dumb names and no real reason to exist, but major props go to LG for updating the "older" V30 and V30+ with the new features so quickly.

Two of the bullet points were incorrectly translated, and they make a lot more sense when translated by an actual human. Thanks to Henry for pointing this out.

Google is testing a rounded search bar on its mobile site