Tons of interesting little morsels have been uncovered in the first developer preview of Android P, and there are probably a few more surprises waiting to be found. Bug reporting can now be added to the list of improved areas. As before, you can report a bug from the developer options settings menu or with the power button shortcut if you enable it. Now, you should be able to view reports you've made via the Files app on your Pixel phone. 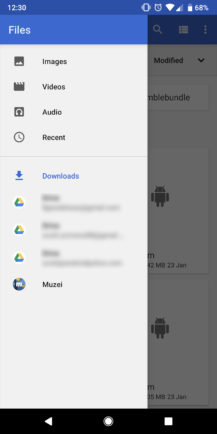 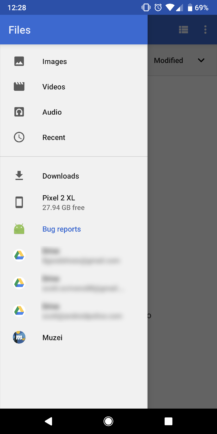 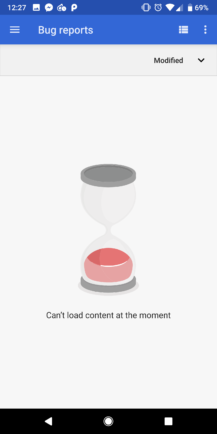 Enter from the 'Downloads' launcher icon and you won't see 'Bug reports' (left). Enter through the storage settings and it's there (center).

We're not sure if there was even a way of accessing bug reports in Oreo or before. If there was, none of the AP team currently awake knows about it, so please enlighten us if any of you know of a way. (Edit: Apparently you would lose the report details as soon as you dismissed the notification unless you shared or saved it manually.) On P, if you access the Files app via the Downloads launcher icon, you won't see a bug reports section listed. But if you go to Settings > Storage > Files that's where you'll find it (above, center).

I hadn't reported any bugs so I got a "Can't load content at the moment" message, but many of you out there will have submitted some things — check to see if anything shows up for you. Bug reporting is obviously an important aspect of Android's preview program, so it's good to see Google making an improvement like this. Perhaps it'll cut down on duplicate reports when active developers can't remember whether they've already noted an issue.

As reader Evan has pointed out, this feature is actually present in Android 8.1, once enabled with the same power button shortcut.

[Update: Sri Lanka and Tanzania too] Developers in Ecuador can now sell paid apps on the Play Store