Akupara Games' recent release Keep in Mind: Remastered is at its core a walking simulator that confronts heavy concepts like alcoholism and depression. Needless to say, this isn't your average mobile game. It most definitely won't appeal to a mass audience, though for those of you who are interested, it does explore some of the darker sides of average suburban life.

If you have never heard of Keep in Mind before, let me fill you in. It started out as a web-based game on Game Jolt. It has since been remastered by Akupara Games, which brings with it a new engine, bug fixes, and a brand new professionally composed soundtrack. Suffice it to say, some work went into this release in order to make sure it is up to snuff.

Now I would hate to give too much of the story away as this is a short game, but basically, you play the part of Jonas, a man tormented by his past who is currently struggling with alcoholism and depression, which is affecting his relationship with his wife. As he is sleeping, he slips into a shadowy mirror world filled with scary creatures and dark skies.

Once you find yourself in this alternate reality, you will spend the next half hour exploring it so that you can track down those monsters I mentioned and finally confront your fears.

As for the controls, they work great, though there isn't really much to do other than walking around and interacting with monsters. After all, this is a walking simulator, so limited interactivity is expected. Basically, you have two control zones at your disposal. On the left side of the screen is a virtual thumbstick that remains invisible so that the majority of your screen is clear, and on the right is a single visible button that you tap on to talk. Both the virtual thumbstick and talk button are responsive, and I never once had any trouble navigating the game.

One issue I did notice is that this release lists support for Android TV. I was able to install the game successfully on my Shield TV, however the controls didn't work. I am unsure if this is simply a bug or just an incorrect listing for ATV. Either way, ATV support is a no go.

Oh, and if you feel the $0.99 asking price is too high for a game that only lasts half an hour, I would like to point out that all of its profits will be going to Child's Play, a charity that donates toys and games to children's hospitals worldwide. So at the very least, you know your purchase will be helping kids in need.

While I am still unsure whether or not the heavy concepts covered in this release are therapeutic (as the developer claims), it does offer something a little different from the norm, which is always a welcome sight. If you are looking for a contemplative experience rather than a traditional game, Keep in Mind: Remastered definitely fills that niche. Plus it never hurts when you know the money you have spent is going towards a good cause. 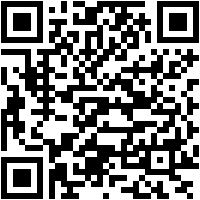