As with all developer previews, Android P continues to surprise us with small but quite useful changes. This one is something I've always wanted since I keep my phone locked to portrait to avoid the flip flopping of the screen when reading in bed for example, but there are few instances I prefer landscape like when viewing photos or videos. Until now I had to toggle auto-rotate to do that then remember to lock it again, or use a third-party app that specifies rotation state on a per-app basis. But Android P has a nifty solution.

It's worth noting that although rotation can be locked to landscape, when you disable the autorotation from the quick settings toggle, even if you're holding your phone in landscape and the display is in landscape, it will lock to portrait. Just as annoying as Android Oreo, and unlike most OEM versions of Android I've used. There are new APIs for screen rotation in Android P so it's not clear whether apps need to implement it to be able to lock to landscape from the first go. But at least we know it can be done with that 4th icon.

Other changes in Android P are the renaming of "portrait" to "rotation lock" on the developer level, though from a user point of view, the quick settings toggle remains named as "auto-rotate" but switches on and off. 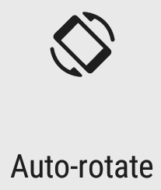 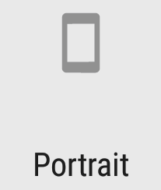 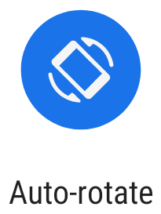 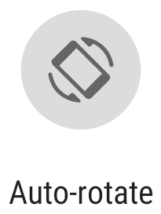 There are also more screen rotation options given to developers, and more explanations as to how an app's display rotation can behave depending on the setting and the user, so be sure to check them out in the documentation.