Android P keeps on unveiling more and more of its hidden enhancements, and most of these have been relatively positive so far. This one, however, leaves me with my eyebrows raised a little. The location accuracy setting is now a binary choice of on/off, and it essentially removed the "battery saving" mode. 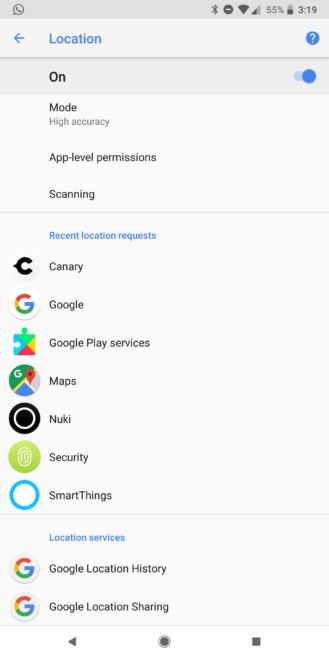 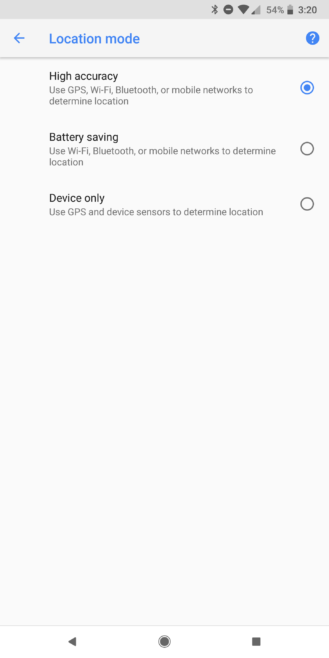 In Android P's first developer preview, things have changed a little. The Mode option is gone, it's now replaced by a Location accuracy setting at the bottom, and it's now an on/off state. On means WiFi + mobile networks are used in conjunction with GPS (previously High accuracy), and off means only GPS is used (previously Device only). There's no equivalent to Battery saving, so you can't turn off the GPS and rely on quasi-accurate location without sucking down your battery. 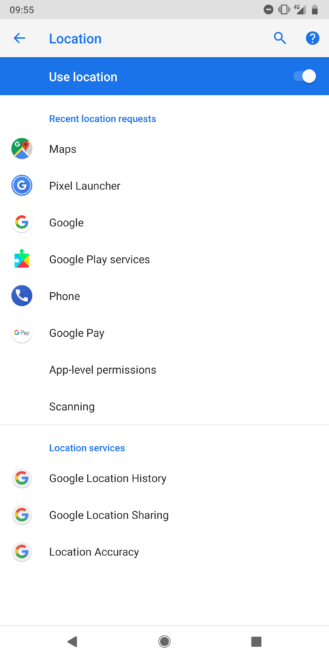 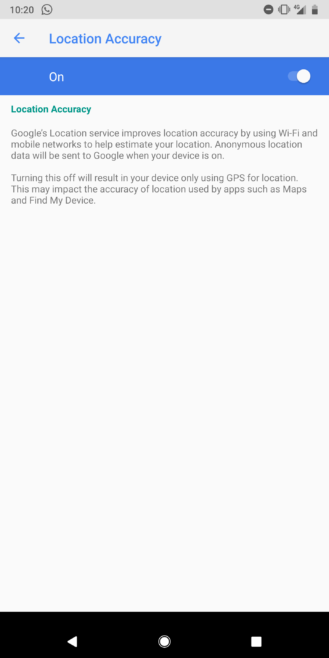 The change does seem to simplify things for developers and users alike. I keep High accuracy selected on my devices, mostly because I know that the apps I use don't call upon the GPS unless they're open and in need of an accurate location, but I wonder if some of you prefer Battery saving mode and whether or not this change makes sense to you.

Edit: Rephrased. We apologize for the confusion in trying to explain the reasoning behind this. As pointed out by Ivan Carapovic, this change might be because Android P doesn't allow apps to use sensors and thus possibly the GPS when idle (thanks to XerBlade for explaining the distinction with background processes). However, ComputerWorld says the rule for idle sensors doesn't apply to GPS, though the documentation isn't super clear about it. Seems like we're back to square one.

Regardless of the explanation and reasoning, the end result as detailed in the main article is still the same: on P,  you only have the equivalent of High accuracy, GPS-only, and Location off. Battery saving is gone. That means that you can't set your phone to never use GPS, even in apps that require it, and rely instead on WiFi/network positioning to save battery life.

Tips: Google Lens in Photos can now identify animals and plants, and be used on ChromeOS