The name of the game in Android updates is usually adding features, but occasionally we lose something. That seems to be the case in the battery menu. In past versions, you could see per-app battery usage in the system settings. In Android P, that's all gone. You can, however, see app usage in the developer options. 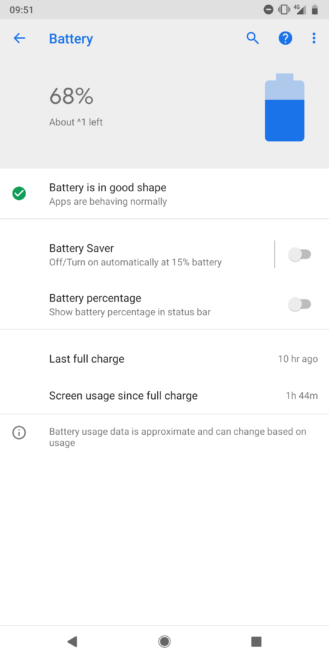 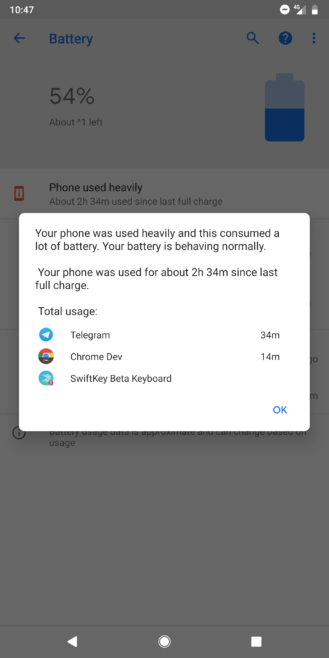 At first glance, you might not even notice there's anything missing from the battery menu on Android P. Just scroll down to the bottom, and you'll see there's no list of how much battery each app consumed. There's a simplified item near the top that tells you how heavily your phone has been used (eg. "Battery is in good shape"). If it's deemed "heavy," you can pull up a list of the top few apps by battery usage. In the developer options, you can access full usage data via the "Android 8.0 battery settings" menu right near the top. 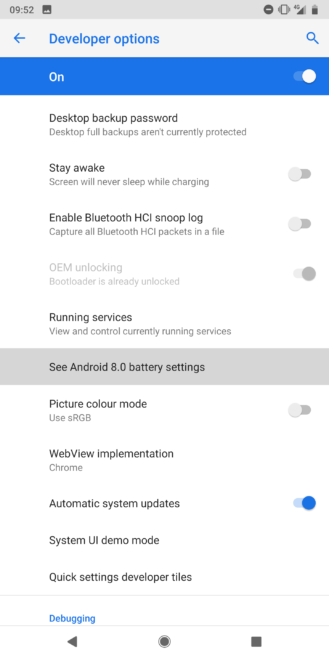 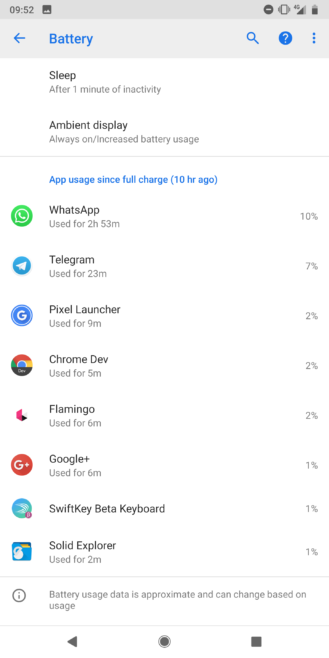 I wouldn't get too stressed about this change just yet. The fact Google included the full Android 8.0 battery settings page suggests there are things in the Android P battery menu that aren't complete yet. This is just the first developer preview, so additional battery stats could come to the Android P settings in the next release.

As pointed out in the comments, there's a flag in developer options (settings_battery_display_app_list) that can add the battery stats to the Android P menu. It's under Feature Flags.