One of the Pixel 2 and Pixel 2 XL's highlight features was Motion Photos. It's not something most of us really care about, and it's something I quickly disabled, but it can be fun for those with little ones. In keeping with one of our teardowns from about a week ago, Google has added the option to export a Motion Photo as a GIF to the Google Photos app. 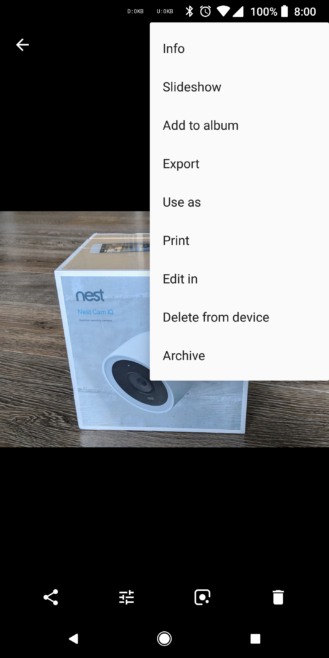 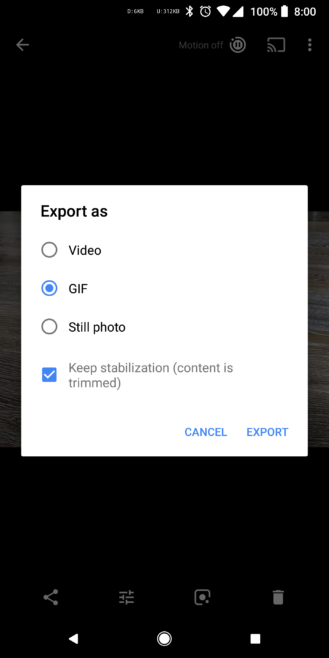 The feature is accessible from the three-dot menu in Photos' image viewer. From there, just tap 'Export' and choose whether you'd like to have your Motion Photo as a video, a still photo, or a GIF. You can also choose whether you'd like to keep stabilization. The GIF result does balloon in size when compared to the original Motion Photo (it'll be between two and four times as large), but that's understandable given the fairly high 1024x768 result.

While the GIFs are larger, they are easier to share on mediums such as Instagram. Keep in mind that you still have two other options if GIFs just aren't your thing.