The volume slider wasn't really something that people had been complaining about in previous versions of Android, but Google has gone and changed it anyway. The slider is now vertical, moving to the side of the screen. It's technically more intuitive, but it'll probably take some time to get used to. There are also several new features. 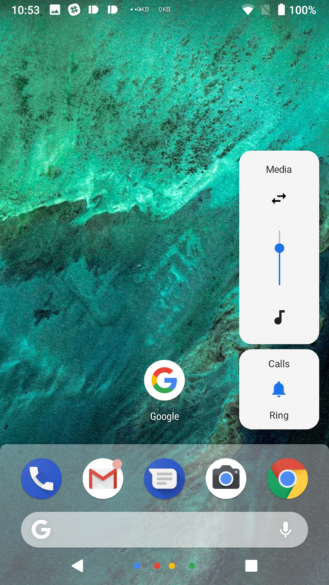 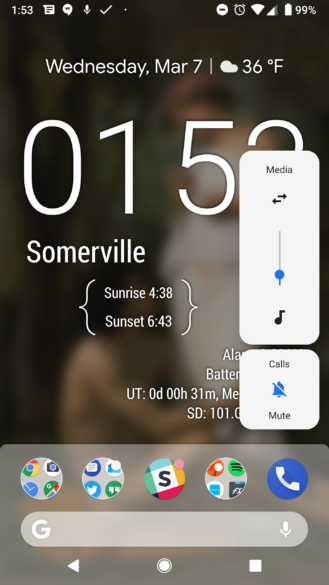 First and foremost, the most obvious change is visual. The slider is now vertical and on the side of the screen. It's actually right where the physical volume rocker is on the Pixel XLs that we have the preview flashed on, but it's unclear if it'll actually follow the positioning of the rocker on other devices. There's a second square beneath the slider, and tapping it just cycles between modes (ring, vibrate, and mute) for the ringer. Tapping the music note icon itself causes the slider to oscillate between muted and not muted. 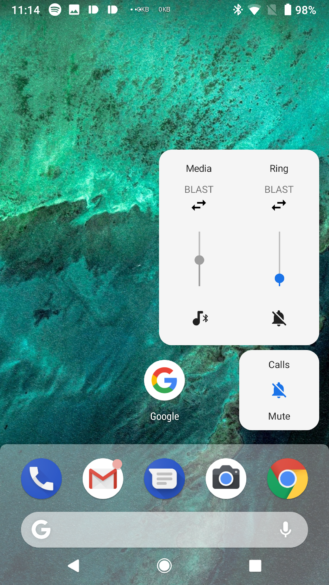 Interestingly, we weren't able to tune ring and alarm volume without going into settings itself. We actually got a tip about this very topic (thanks, Urvesh) that suggests it might be contextual (ringer volume when you're in Messages, call volume while you're on a call), but we were unable to replicate the behavior for whatever reason. We thought that it might be because our test phones don't have SIMs in them, but Ryne's (in the GIF above) actually does. See our tipster's screenshots below. 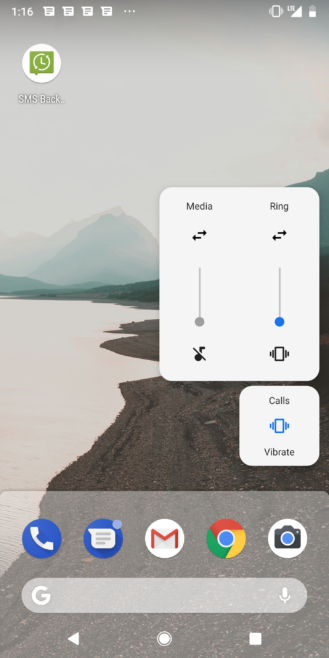 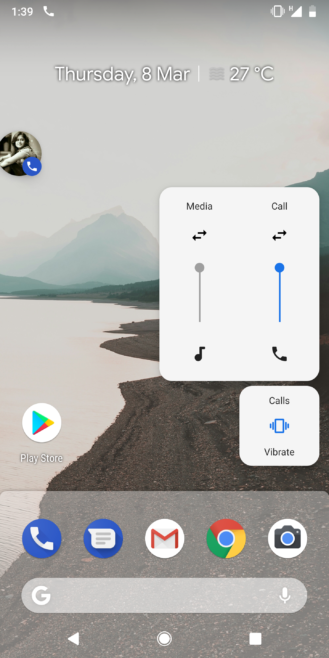 Artem was able to get two sliders (media and ring) to appear simultaneously when connected to his UE BLAST Bluetooth speaker, but he couldn't replicate the behavior on his Pixel XL. Ryne couldn't get multiple sliders to pop up at all on his XL. This could be because we flashed the OTAs without wiping data, but we really don't know. Long-pressing the ring square brings you to settings, where you can adjust alarm and ringer volume. Additionally, ringer volume now seems to be limited to six steps.

You might be wondering what that set of arrows above the slider itself is doing; it's called 'Media output,' and you can quickly view your connected Bluetooth devices there. If you don't have any other audio sources connected, it's completely blank, but it fills up with more and more connected audio outputs. There's also a little 'x' icon you can tap to quickly disconnect, but the device remains in the list even after you do so. 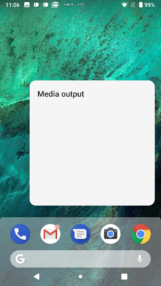 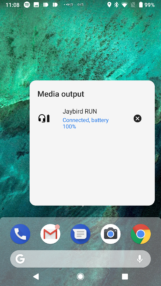 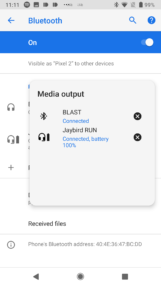 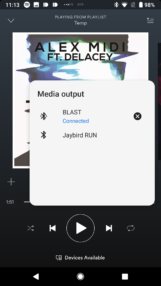 Let us know in the comments if you're able to get the ringer or alarm sliders to show up without going into settings, because we're not sure why we can't. It's pretty dumbfounding.

Android P feature spotlight: The Easter egg is animated and way too colorful