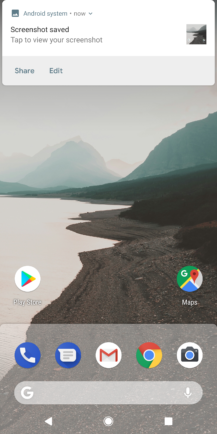 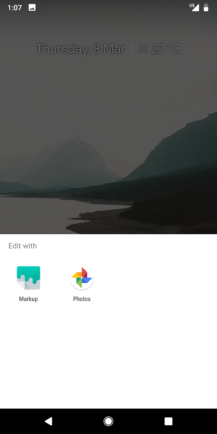 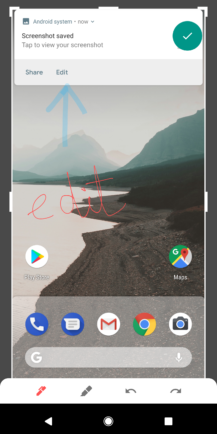 The new editor is called 'Markup' (get it? because you're marking screenshots up), and it's only accessible via the new 'Edit' option that comes on the screenshot notification next to 'Share.' From that edit button, you can either select Markup or Photos, though Markup will obviously be better for this purpose. 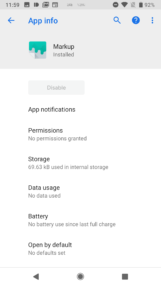 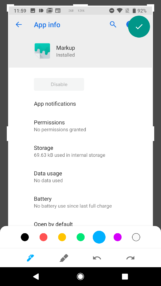 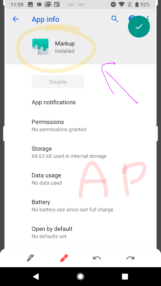 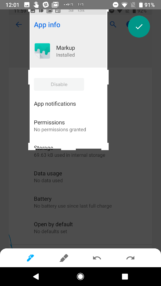 With Markup, there are four main buttons: pen, highlighter, undo, and redo. Seven colors are available to choose from for your marking up purposes, and you can also crop the screenshot easily just by dragging corners and edges. When you're done, just hit the green check button on the top right. Artem played around with it a little bit and found that while it's pretty nice for the most part, the lack of adjustment for brush thickness is inconvenient. Currently, you can only choose from a super thin one (pen) and one that is a bit thicker (highlighter), but there needs to be a slider for this purpose.

It might not be perfect right now, but it's a good start, and we hope to see Google improve this with future developer previews.

Google has chosen to only implement this on the Pixel 2 and Pixel 2 XL for some reason. We tried installing the Markup APK on both a 1st-gen Pixel running Android P and a Pixel 2 XL running Android 8.1 Oreo, but the former simply kept crashing and the latter basically did nothing.