Android's "Do not disturb" setting has an incredible degree of flexibility, but as of the recent Developer Preview, it looks like it may be simplified a bit going forward. In our hands-on time today with Android P, we have discovered that the Do not disturb setting, and its various modes, has been reduced to a single toggle accessible only via quick settings. Gone are the old "Total silence," "Alarms only," and "Priority only" modes.

In Android 8.1 (and earlier supported versions), Do not disturb was accessible not only via quick settings but as a pseudo-mute option when you toggled volume down far enough. For more precise settings—like choosing between Total silence, Alarms only, or Priority only—you had to use the quick settings toggle, though. 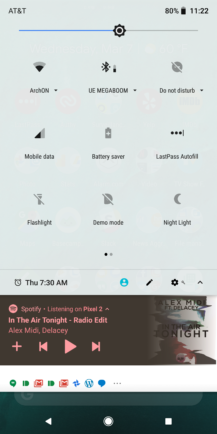 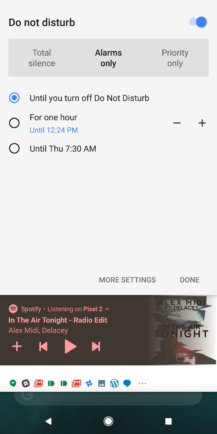 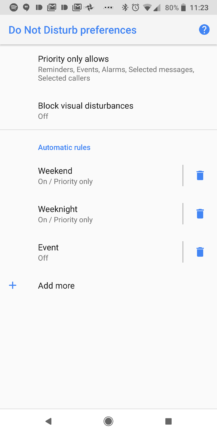 In the recently released Developer Preview images for Android P, that isn't the case. The Do not disturb toggle in quick settings now only performs the old default action for duration selection, and toggling volume down no longer enables Do not disturb. (In fact, I can't control ringer volume outside settings at all in the Android P Developer Preview on my 2016 Pixel XL.) The old Total silence, Alarms only, and Priority only modes are all gone, replaced by a single general "Do not disturb" mode. 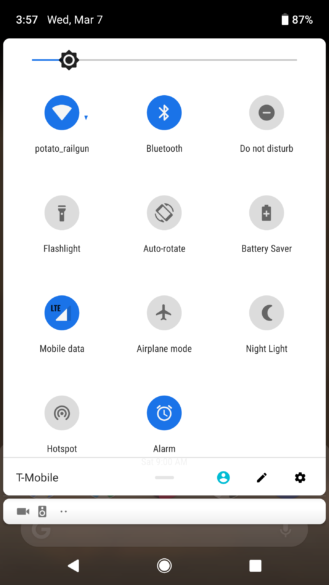 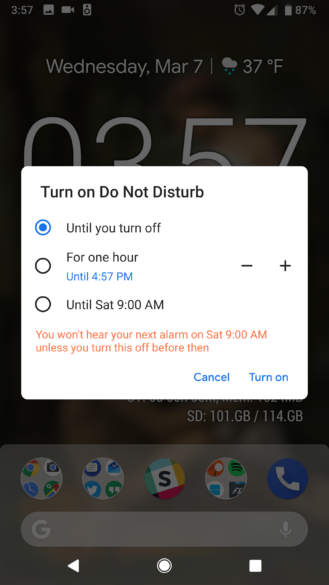 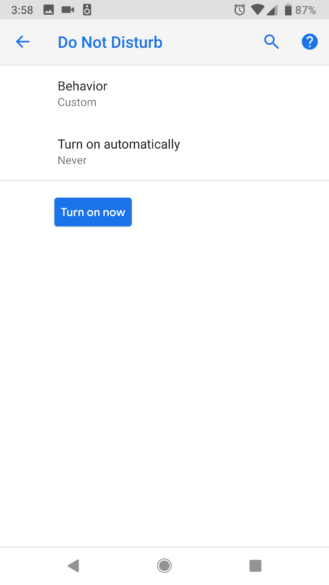 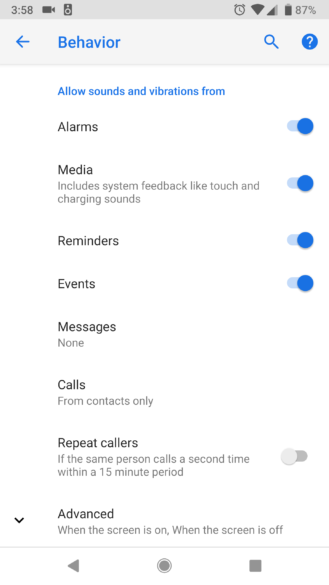 From what I can tell, the new Do not disturb default doesn't seem to replace any one of the previous modes. It can be configured to behave similarly to the old modes, but rule-based differences are no longer possible, from what we can tell. For example, before you could configure Priority only in the evening, with Alarms only at night, but now that's not possible. Rules can still be set, but only for the one new general Do not disturb option. 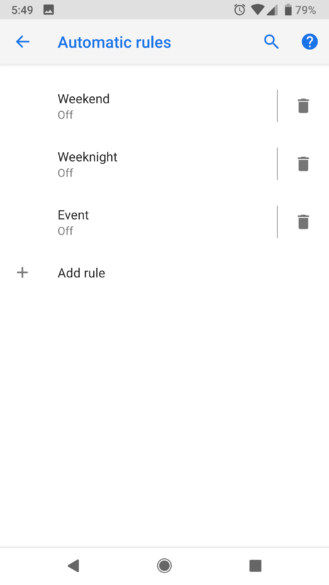 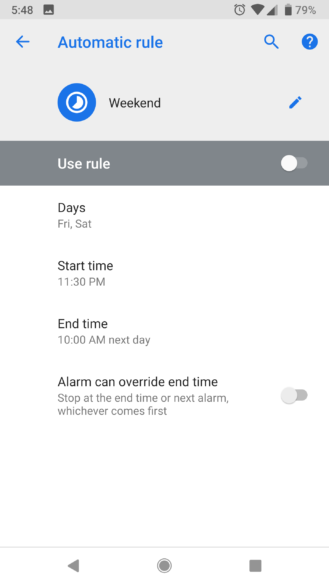 Do not disturb, as a whole, confused a lot of people in the past, and Google's repeated changes related to it and mute options has been frustrating for many. This new dialogue to enable the more advanced Do not disturb modes is much simplified, which should be good from a usability standpoint. While it might be unfortunate for those of us that may have depended on the different modes in the past, this new behavior is undoubtedly easier to understand and should be more straightforward for less technical users.