Android P has already brought a lot of changes, including in the settings arena. But things in each application's 'App info' have changed slightly as well; the 'force stop' button and version number have been hidden, though they're luckily still accessible with an additional tap. 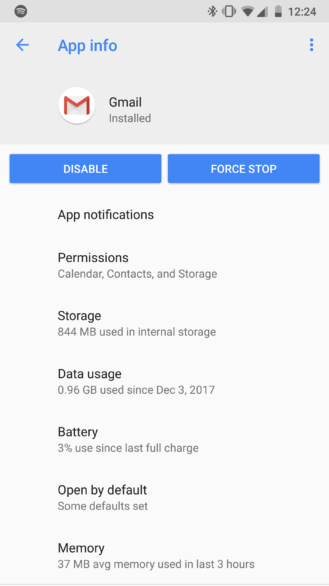 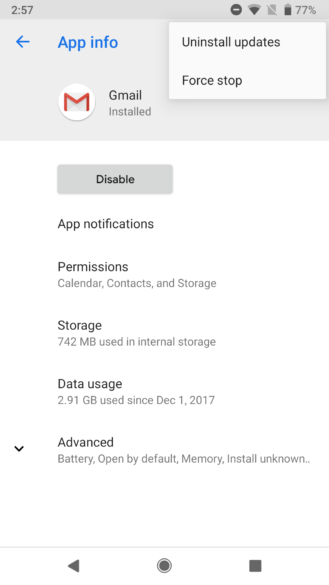 The most immediately noticeable changes here are the losses of the blue color from the 'Disable' and 'Force stop' buttons, as well as the 'Force stop' button itself. The 'Disable' button gets a bit more padding, a grey background, and black Product Sans lettering that isn't in all-caps (which seems to be a theme for P). The 'Force stop' function has been relocated to the three-dot menu, which is where the 'Uninstall updates' button was already housed. 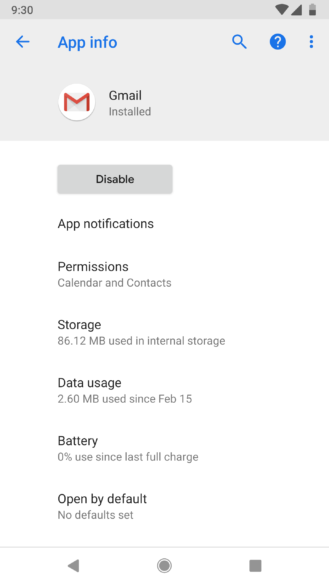 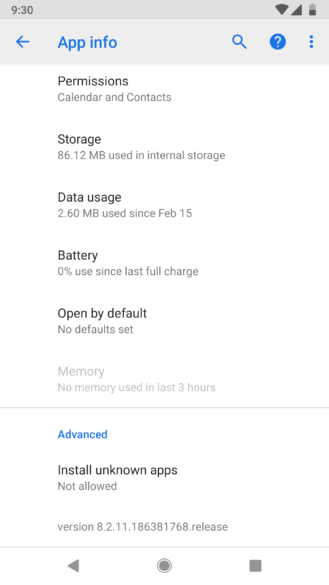 Additionally, the app version, which used to be viewable just by scrolling all the way to the bottom, is now hidden in the 'Advanced' section. Battery, 'Open by default,' Memory, and 'Install unknown apps' are hidden here as well. In a slightly confusing move, the 'Install unknown apps' option is still listed under another section named 'Advanced.' It's odd, but hey, this is a developer preview. 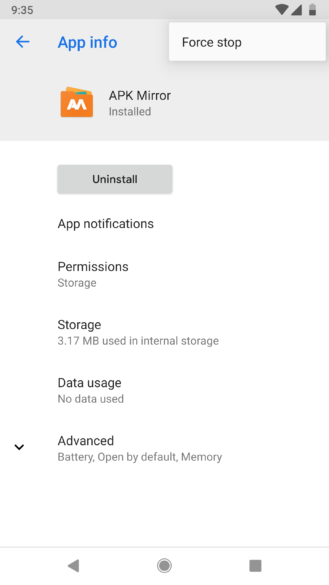 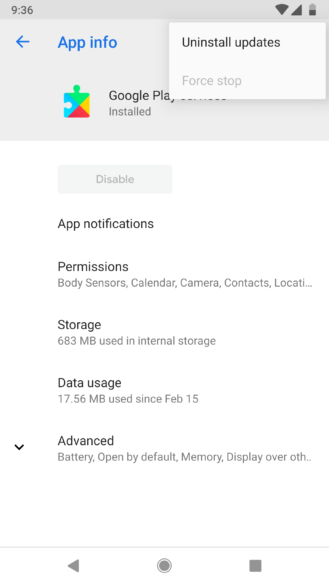 And in case you were wondering, here are what the 'Disable' and 'Uninstall' buttons look like on other apps. The one on the left (APK Mirror) is a standard app that is uninstallable, and the one on the right (Google Play services) is a system app that can't be disabled or uninstalled.

Android P feature spotlight: The text selection popup gets a slight redesign, including no more ...

Android P feature spotlight: Up to 5 Bluetooth audio devices can be connected simultaneously ...