A new version of Google+ is rolling out, but unlike many recent releases, this one has at least one immediately visible change after updating. The UI is taking on a whiter look for some of its key UI elements. A teardown also reveals that a Highlights section is coming back and will optionally make an appearance in notifications. 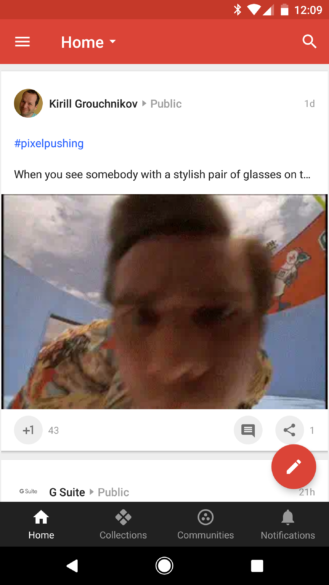 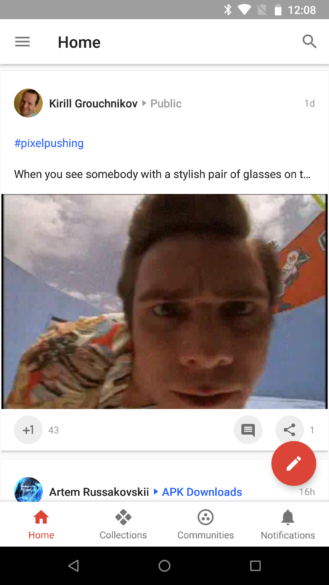 If you feel like you're day has become unusually colorless, perhaps it's because Google+ just lost a big part of its look in the latest update. Version 10.1 brings an interface with an all-white action bar and bottom navigation bar. This comes shortly after a relatively minor redesign was rolled out to users. – Thanks, Tony Damiani.

This isn't a total loss of color, at least not yet. The bottom navigation bar is now white in basically all scenarios, but the action bar at the top retains colors if you're looking at collections or communities. 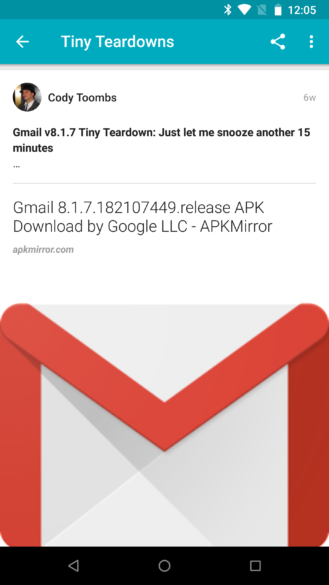 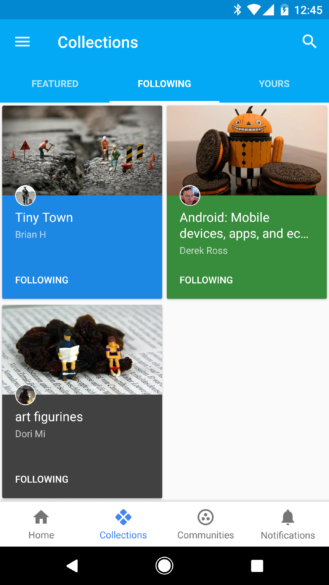 Google+ hasn't been particularly aggressive about pushing content to users. However, there was a short period of time that the app did feature popular posts and fired off system notifications to do it. Unsurprisingly, this didn't seem to be a long-lived feature, probably because it could become annoying to many casual users. But now it looks like a page dedicated to noteworthy posts may be coming back, and they may be featured in notifications.

The lines above are merely the title of a section called "Today's Highlights" and text for the setting that enables or disables notifications that draw users into the Highlights feature. Needless to say, if you don't want the notifications, you can turn them off. Otherwise, the Highlights section seems to be focused on giving users more content they'll want to read. Let's just hope it's better at picking content than Twitter when it introduced this feature, or worse, Facebook.