You'd be forgiven if you don't remember what Google Smart Lock, aka Smart Lock for Passwords, is. The functionality, which aims to bridge your Google-saved website and service logins on Chrome with those in your Android apps, showed up almost three years ago in the Android M Dev Preview then started rolling to pre-Marshmallow devices. Codenamed YOLO for You Only Login Once, it is the precursor to the Autofill API we saw in Oreo and a solution to all those services that don't use a Google/Facebook/Twitter account login.

Right now, I can count the apps that I know of that support Smart Lock on exactly two hands: Netflix and Netflix for Android TV, WordPress, Flipboard, Waze, Nest, NYTimes, Fitbit, Nokia Health Mate, and most recently NBC. It is disheartening that more apps don't take advantage of it.

If you've never installed an app that supports Smart Lock, you may not realize how seamless it is, even moreso than relying on Autofill. You open the app the first time and if you've ever logged into that service from Chrome or another Android phone with Smart Lock enabled, you get a little pop-up asking you if you'd like to login using those saved credentials. No tapping on the user/email field to fill them up, no waiting and unlocking whichever Autofill app you use. It's a simple tap and you're logged in. 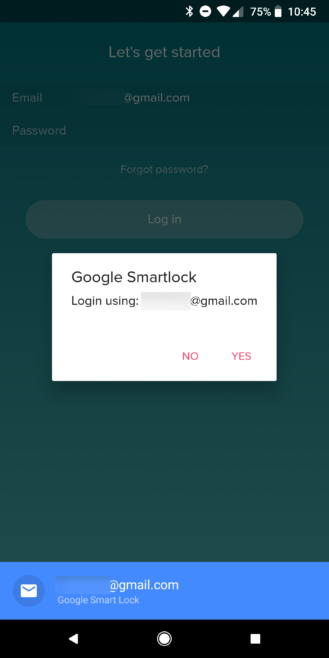 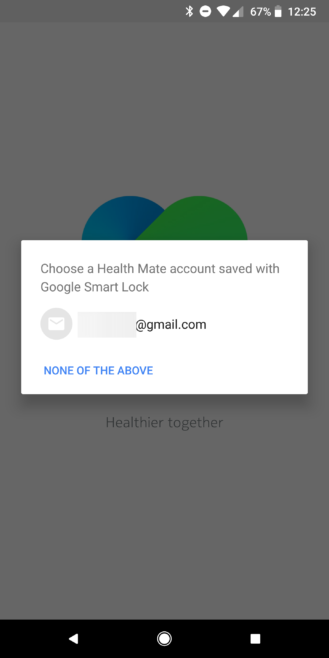 Smart Lock in action on the Fitbit and Nokia Health apps.

Beside the seamless process, the benefit of Smart Lock is that it doesn't require Android Oreo, it works on Android TVs and other interfaces where password input can be cumbersome, and it is a precursor to the Autofill functionality by letting you save those logins to begin with.

The latter option can be found under your Android phone's Settings -> Google -> Smart Lock for Passwords. There you can let Smart Lock first offer to save your passwords to your Google account, which is similar to Chrome's pop-up for saving accounts except it also works inside apps. Once that's done, your login details will be synced with your Google passwords (manageable here) and will be accessible from Chrome or any Android device. So when you're logging into that same service or app again, regardless of whether you're using Smart Lock or you're logging in with Autofill with Google, your account details will be there. 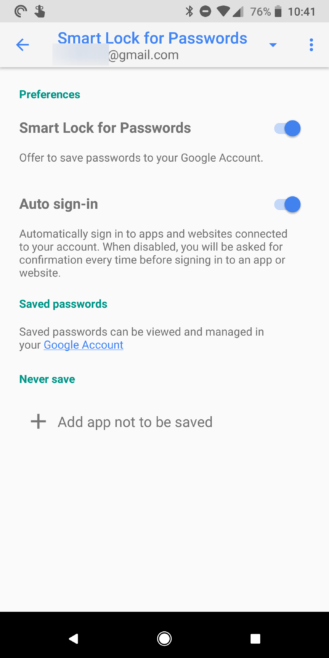 Yet, like many useful but obscure APIs available on Android, Smart Lock is quite underrated. It never had the shine that Autofill got from the moment it was announced, possibly because the database is on your Google account and it doesn't support popular third-party managers like LastPass or Dashlane or Enpass, or maybe because login details and security were a lesser concern back in 2015 than they became over the past year and Smart Lock missed the boat by actually launching earlier.

So Android developers, get on it. Autofill and Google login aren't the only games in town, and Smart Lock remains one of the simplest and most widespread ways your users can log into your apps and services on both Chrome and Android. You can apply for the new Arlo Smart beta starting today