It was reported earlier this year by Reuters that Google may have been looking to sell Zagat—the restaurant reviews guide/service it picked up for $151 million in 2011, if you're unfamiliar. Those unofficial plans appear to have panned out. The Infatuation, a new restaurant guides and reviews company, has just announced that it's acquiring the Zagat brand from Google.

Zagat's adventure through Google is a bit of a sad tale. Back in 2011, Google picked it up after Zagat had tried, unsuccessfully, to sell itself for a few years. This was when Google was pushing hard to expand content in Maps, even entertaining the idea of buying Yelp to the tune of $500 million.

The Zagat acquisition provided Google with a plethora of reviews and data to integrate with its other services. Unfortunately, Google let quite a lot of Zagat's other benefits fall by the wayside after the acquisition. It did release a dedicated app for Android, but given how it handled updates, that was probably just a token effort.

Over the years there were reports of workplace dissatisfaction during seemingly haphazard reorganization efforts as Google tried to find something to do with Zagat before, ultimately, most of the remains of the unit were discarded according to Business Insider. Even the classic Zagat print division was mostly axed in the wake of an app redesign. 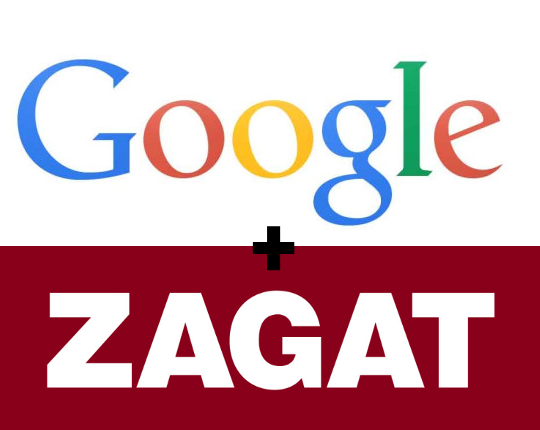 In the end, all that was really left of Zagat was the brand, and that is all that The Infatuation acknowledges it's buying. According to Crist Stang, co-founder of The Infatuation, "Iconic brands don’t become available very often, and Zagat is about as iconic as it gets." Google's Jen Fitzpatrick, VP of Product and Engineering at Google, agrees: "The Infatuation is an innovative company that will be a terrific home for the Zagat brand."

The Infatuation plans on operating Zagat as a separate brand from its own with an entirely different purpose. Its original name will have an "editorial-first focus," while Zagat will be used more for user-generated content. In that way, The Infatuation hopes the two can complement one another.

While it's nice to see someone hoping to do something with the name, the story of Zagat under Google should probably serve as something of a cautionary tale. At least, since it's just buying the brand, The Infatuation can probably do something a bit better than just cannibalize a venerated classic for its data.

Alternate title: Google is selling the Zagat brand to The Infatuation, which is good since it basically killed it

“We’re thrilled by this opportunity to acquire such a pioneering and trusted restaurant guide as Zagat,” said Chris Stang, The Infatuation’s Co-Founder and Chief Executive Officer. “Iconic brands don’t become available very often, and Zagat is about as iconic as it gets. It is the perfect complement to what we have been building at The Infatuation.”

“Zagat has helped us provide useful and relevant dining results for users across our various products,” said Jen Fitzpatrick, VP of Product and Engineering, Google. “The Infatuation is an innovative company that will be a terrific home for the Zagat brand.”

“Tim and I are very excited for Zagat’s next chapter with The Infatuation,” said Nina Zagat. “Their innovative approach, and their passion for helping people discover great restaurants and for building community lines up exactly with what we built with Zagat from the very beginning.”

The Infatuation and Zagat will operate as two distinct brands, with individual platforms, and distinct purposes and points of view. Specifically, The Infatuation will retain its editorial-first focus, producing high quality, situational reviews and guides, while continuing its groundbreaking work in mobile and social media. Working within The Infatuation’s infrastructure and leadership, Zagat will expand user surveys and develop a new tech-driven platform that will create a stronger, more meaningful alternative to other crowdsourced restaurant reviews.

The two brands will work in tandem to provide users quality and diverse options for restaurant recommendations. The Infatuation will introduce Zagat to its highly engaged, millennial audience and will leverage the social capital which they have earned since their launch nine years ago to help grow the Zagat brand. In addition, Zagat’s product offerings will be expanded internationally, to connect with communities abroad.

Zagat was founded in 1979 by Tim and Nina Zagat as a revolutionary guide that brought user-generated content to the mainstream. Through the 1980s and 1990s, the iconic brand became a leader in the modern hospitality industry and was a driving force that helped pique cultural interest in food, at one point covering over 90 cities worldwide, through reviews based on the experiences of millions of avid consumers.

The Infatuation launched in 2009, and like Zagat, its founders Chris Stang and Andrew Steinthal created the platform to help their friends find the best restaurants to suit their needs. With a focus on relatable, situational content, The Infatuation reaches over 3,000,000 people per month, worldwide. The company covers major cities in both the U.S. and abroad, including New York, Los Angeles, London, Chicago, San Francisco, Austin, and Seattle.

Netflix adding more granularity and transparency to its parental controls

Beamdog is releasing 'Baldur's Gate: Siege of Dragonspear' for Android on March 8th as a ...