ASUS' latest flagship, the ZenFone 5Z, might sound like a great value for the specifications, but it hasn't been an omnipresent part of the Android conversation for the last week online just due to pricing. At its launch event at MWC last week, ASUS didn't only reveal a new phone, it also showed off a big new iPhone X-style sensor/earpiece cutout.

It's been a polarizing development in the world of Android, and almost everyone has an opinion on the subject. From the Essential PH-1 to the alleged upcoming LG G7 (Neo), solutions for increasing display size while retaining sensor space cover a variety of shapes. So, how do you feel about "the notch?"

For the unfamiliar, I'll provide a short history of the notch leading up to today: 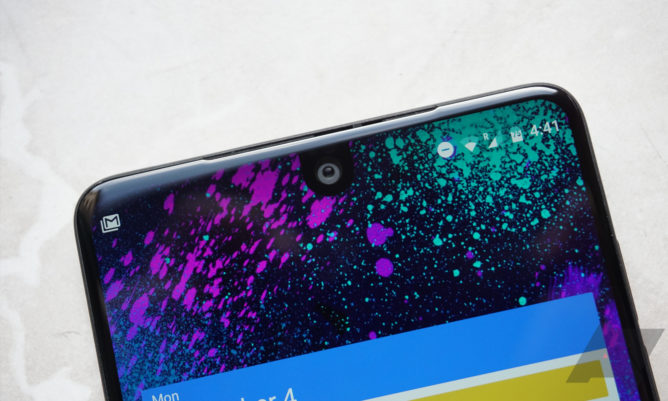 In the beginning, there was Essential. Even then, in the ancient era of 2017, there were a few that took issue with the cutout on the display for the device's sensors and camera. But, for the most part, I think we saw it as one potential avenue for progress. If you wanted to get rid of the bezel, a phone's front-facing camera and sensor modules had to go somewhere. And when the iPhone X landed, the notch as a concept became a certainty. If Apple, with all its tremendous resources, was jumping onto the idea, then the notch would be here to stay.

With the recent ZenFone 5Z, though, the public perspective may have changed. This wasn't just another version of the notch, this was Apple's notch. Or, at least, it looked like Apple's notch. Paired with the larger bottom bezel, the cutout seemed like unnecessary duplication, a counterfeit. But that comparison—though potentially deserved given the constant "Fruit Phone X" mentions at ASUS' event—may have tainted the idea of the notch for many.

Like it or hate it, the iPhone X-style notch is probably going to be an influential component for many future Android phones, and we've all got an opinion on the matter. Personally, I'm not the biggest fan, but I'm willing to tolerate it if I have to. At least, until we can come up with a better solution. Even Google seems to be planning for the notch to stick around, given the rumors that Android P will include notch optimizations.

But not everyone feels the same, and some people I've spoken to are quite excited about future phones bearing notches. So how do you feel, what's your opinion on "the notch?"