The latest update to Google Voice didn't bring nearly as much to the table as the previous release, but it's not without some activity. While we wait to see Google Voice become a full-fledged VoIP provider, there's one small option that we can expect to see in the future. It looks like users will be able to request emails when their Google Voice account balance gets too low.

From the look of it, users will probably get to set the threshold that fires off an email. Yeah, it's not the most exciting feature, but it should be helpful for anybody that's forgetful about keeping tabs on their balance.

And just for reference, this is the changelog posted to the Play Store a few days after this version was released, which says there were just bug fixes.

The latest Project Fi didn't visibly change for me in any way other than you'll see the 'Google Wallet' payment method was renamed to 'Google Pay' for the recent change in branding.

As for a quick teardown, there are two quick things to note. The first relates to Bill Protection, which basically gives customers a form of free unlimited data after they hit a certain threshold. The catch, naturally, is that all of the extra data is throttled.

I haven't hit that limit, nor has anybody I've talked to, but judging by the text in the previous version of the app, I get the sense that there wasn't an easy way to tell Fi that you wanted to trade money for higher speeds. That appears to have changed with this update, or maybe it's just a feature that's in the works. Either way, there is now text showing that users will be able to return to full-speed data service. Oddly, many of the lines make it sound as if you have to contact the support team rather than just hit some buttons in the app, which is strikingly unlike most experiences I expect from Project Fi. 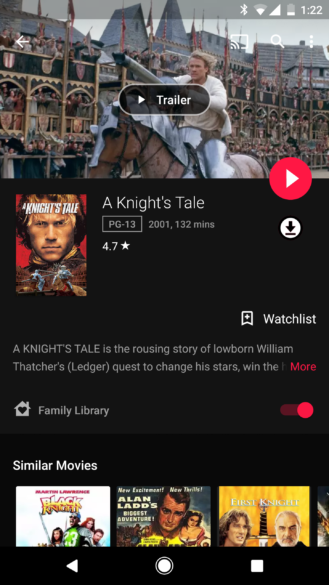 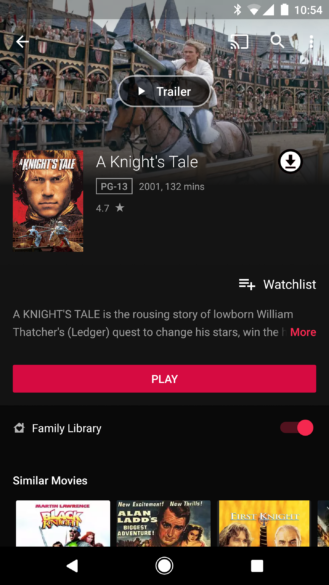 Despite incrementing the major version number, you're really only going to see cosmetic changes in the latest Play Movies update. Among the more noticeable adjustments, the Play button used to be round with the standard triangle symbol that half overlaps the movie art. Now it is a wide button with the word 'Play' sitting just below the movie description.

In both pairs of screenshots, the bookmark-shaped Watchlist icon was exchanged for an icon with three horizontal lines and a checkmark. And in the screenshots below, the little button that's used for revealing and hiding movie descriptions is now aligned to the right when the description is expanded. 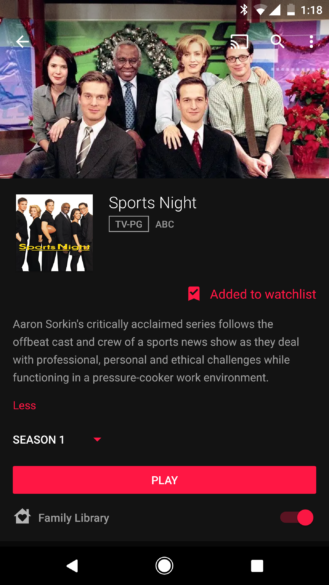 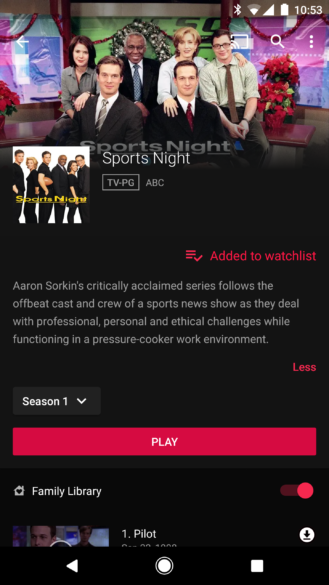 Layout tweaks weren't the only notable changes in this update, there are also strings for three new channels. It's worth nothing that there is nothing to suggest these are notification channels, but more likely something like the live previews channel on Android TV, which makes sense given the names of the channels: Featured, Top Selling Movies, and Top Selling TV Shows.

Also from the teardown are three titles relating to the purchase status of search results. You will be able to search for keywords that apply to many things, then see the list of just movies in your library, or just those available to rent or buy, or switch back to seeing the full list.

A few days ago, Google posted a list of changes coming with Android Wear v2.9 on the watch, asserting that they came with the phone app rather than a firmware OTA to the watch. Technically, that's more true than not, but the update that matters is actually to the Android Wear app on the watch rather than the one for the phone.

You can check out the linked article to see those changes, but what we're talking about here is the update to the phone app. You're probably not going to see anything new in this update, but a teardown does reveal a couple of upcoming changes. The first is a restyling of the Settings screen, which will bring some rearrangements and a slightly more interesting look. The new arrangement will involve organizing most settings into four major groups: Notifications, Calendar, Google Assistant, and Advanced Settings. Each line will get an icon to make it a little more visually distinct. 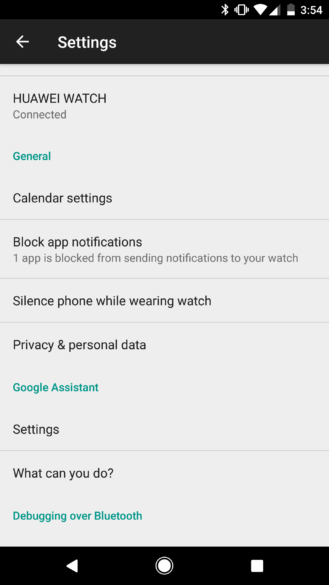 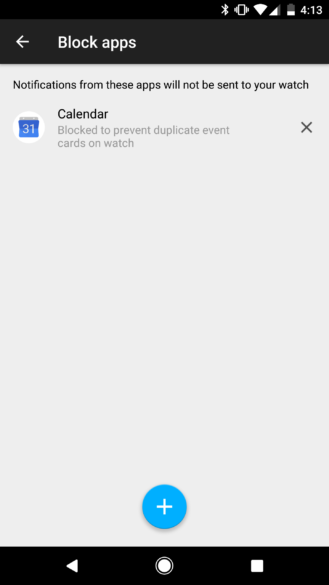 You may have noticed that one of those new settings is for notifications. It will open a slightly modified version of the current list of blocked apps. It will also contain a checkbox that seems to encapsulate the settings found under the 'Silence phone while wearing watch' page.

Basically just some cosmetic changes, but it won't hurt to clean up the settings a bit. 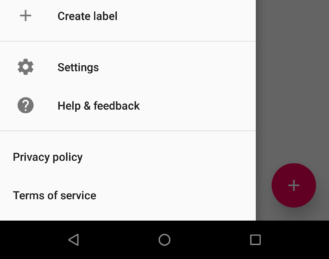 The one highly visible change in this update can be seen above. No, it's not any of the stuff you're hoping for, I'm just talking about the links to the privacy policy and terms of service, which have been added to the navigation drawer. Since none of you are interested in that, let's move on to the teardown stuff.

Let's start with a little motion on the subject of location sharing. The first hints of this appeared in a teardown back in November, at which time it was fairly clear real-time location sharing would be added to the Contacts app. There's nothing ostensibly new to demonstrate from the latest additions, rather that there's more of what we've already learned. That is to say, the new text relates to all of the expected sharing features, but there are also a few lines for the duration of the share; and it all closely resembles the sharing functionality in Google Maps.

On the familiar subject of cleaning up contacts, it looks like Google is adding a "cleanup wizard" to help with working through messy entries. There's not much to go on here besides the name and a tagline that reads, "Clear the clutter," but I would expect this is a lot like the suggestions screen, but perhaps this wizard is a guided process that runs things like the phone number fixer and suggests adding names to contacts.

And finally, Google is adding money transfers to the Contacts app. I doubt this comes as a surprise to anybody since it happened to the Android Messages app back in November. The same basic features appear to exist, although I suspect users will get to choose whether to send the requests via SMS, Email, or some other contact method.

Since the launch of audiobooks, there hasn't been a lot of specific activity, but it looks like Google isn't quite done on that subject. It looks like users will get the option to save the samples from audiobooks into their libraries. The specific text for this mentions "extended" samples, which sounds to me like some books may offer generous portions spanning a chapter or so, rather than just the brief samples currently offered, which span only a few minutes. If users are allowed to store these in their libraries, they'll also be able to download them to a device and begin listening to an audiobook offline or during a drive.

YouTube Kids will be gaining one of the most requested features: Channel subscriptions. At least that seems to be what parents want based on the many of the message boards I've stumbled across.

After the controversy over weird videos targeting children, parents are looking much closer at the material their kids are watching. Until the ability to block specific channels was added at the end of 2016, parents had no way to even partially restrict what videos were suggested to their kids. Even that method only gave them an option to build a blacklist.

Subscriptions tackle that issue from the other direction by giving parents the ability to identify sources they like and place those in front of their children. There's nothing to suggest this will prevent recommendations from other sources, but just like the regular YouTube experience, subscriptions should have a huge impact on which videos are suggested. On top of that, YouTube will likely put subscriptions in a featured position where kids can find them easily, or maybe even fill the opening view with new content from those channels.

It has been several months since a teardown of YouTube v11.29 revealed location-specific search results would become available. In the v12.06 update, a "location" label was added as a search filter.

Location filtering still doesn't seem to be live, or at least I'm not seeing any sign of it in the app. Otherwise, this new string doesn't really tell us anything new, but at least it shows the feature hasn't been abandoned and should probably be getting closer to launch.

Note: YouTube also recently announced location tagging for live streamers and video uploads, but described it more like a tag that you can tap on to see more videos from the same place. 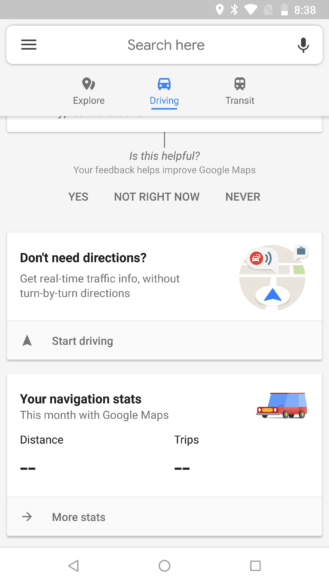 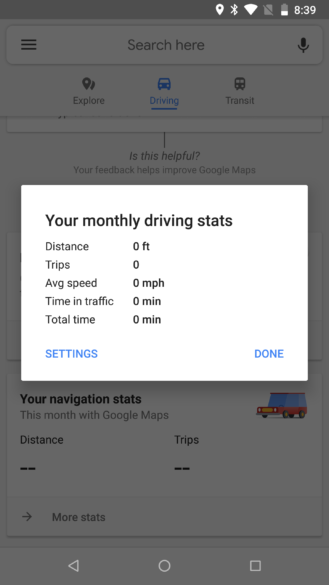 A few months back, Google Maps introduced a new feature that would email a driving statistics report to users each month. In the last few days, a new card was also introduced within the Maps app that now shows those statistics right in the card. If you tap on it, a box will appear with additional details. So far, everybody seems to be reporting that there's no information appearing in the card, so we may not actually see any stats until the beginning of April. If for any reason you don't want these details recorded, they can be turned off in the navigation settings screen. – Thanks, Henny Roggy

Note: This card isn't linked to a specific version of Google Maps. It appears to have gone live the day after v9.73 began rolling out, but I'm seeing it on versions going at least as far back as 9.71.

The test run of Google's new Reply app was supposedly meant to be an invite-only beta, but as we've seen, these things rarely stay under wraps for long. Seemingly revealed first in a teardown of the Gboard app, the new Reply app adds smart replies to notifications posted by an assortment of instant messengers. The teardown for these early versions is unremarkable, containing basically the same details that were already revealed in the promotional email sent out to testers or visible in the app itself. The one thing that wasn't officially shown off was the list of apps it currently supports. Based on a collection of icons, it's easy enough to put together that list: 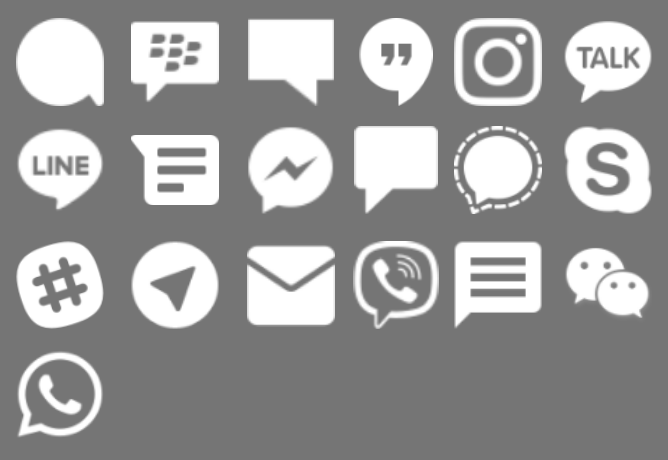 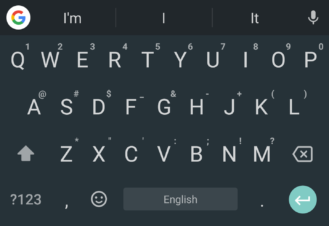 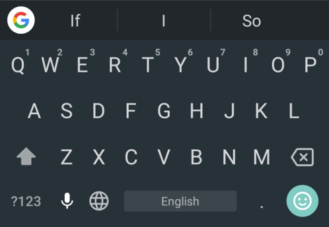 It seems the Gboard team is experimenting with some layout changes again. A few people are seeing the microphone button moving from the suggestion bar down to replace the comma. I've personally seen it on my phones, though it reverted back on its own a few hours later, so it's possible this was not meant to happen yet, or maybe the general opinion of this change was negative enough that the team decided to revert it. – Thanks, Moshe.

Weekend poll: What do you think about 'the notch?'