On the official Skype blog, Microsoft announced that it is releasing "a new optimized version of Skype for our customers on Android devices 4.0.3 to 5." It's not rolling out yet, so I'm unable to test it on my KitKat-powered Galaxy Player, but the company says it is lighter on both disk and memory consumption. 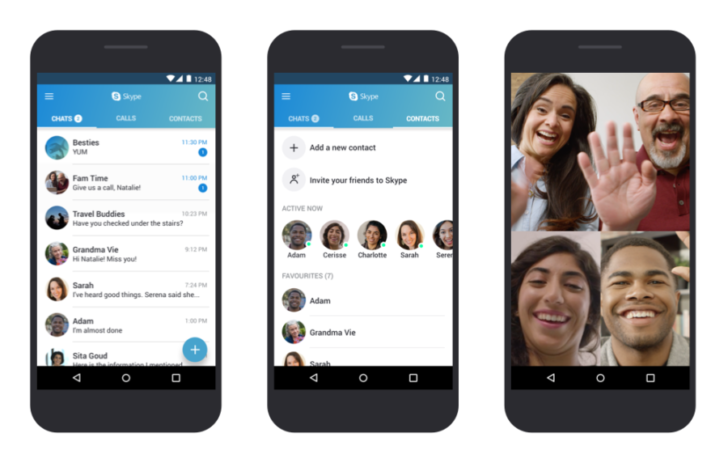 From the above screenshots, the "optimized version of Skype" appears to be identical to Skype Lite, which is currently available in some countries for Android 4.0.3 and above. In other words, if you try to download Skype on an older phone or tablet, you'll get Skype Lite instead (just with the 'Lite' branding removed). I wish Microsoft would just make Skype Lite available worldwide, but I digress.

The update will be rolled out worldwide "in the coming weeks." In the meantime, you can still download Skype Lite from APKMirror.