ASUS' Android phones might slide under the radar for most, but the company's new ZenFone 5 series probably won't. The company has had some trouble historically trying to penetrate the US phone market to any great depth—perhaps a result of its crowded, sometimes confusing product portfolio—but nonetheless it persists. Some of its phones have even been pretty good. But now that the wraps have been taken off its latest line of phones, it seems like ASUS has found a successful way to attract the attention it wanted: by copying the iPhone X's notch.

ASUS formally announced the three new phones at its event in Barcelona just a couple of days ago, and though we had a bit of an idea what the ZenFone 5Q/Lite would look like, the 5 and 5Z were a bit more surprising. ASUS decided to take more than a bit of inspiration from Apple, apparently, in the design of its latest flagship. 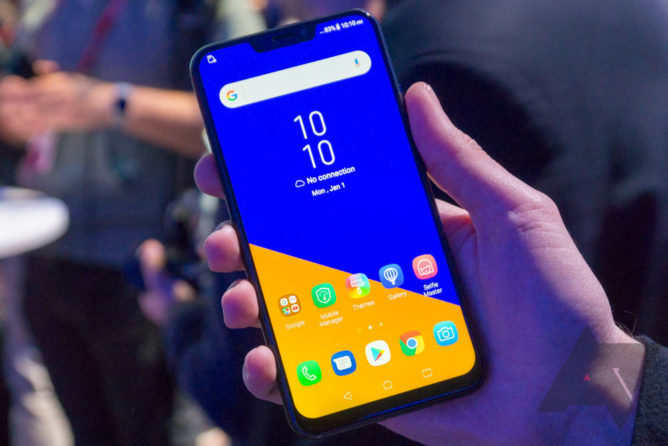 Both of the higher-end models are physically identical. Their differentiation lies in the internal specifications and some software distinctions. The ZenFone 5Z is the higher-end unit, with specs that will probably be very similar to most 2018 flagships: a 2246x1080 6.2" IPS display, Snapdragon 845, 6/8GB RAM, 64/128/256GB storage, a 3,300mAh battery, Android 8.0, and a palatable $500 price. The (likely) cheaper ZenFone 5 steps things down to a Snapdragon 636, 4/6GB RAM, and 64GB storage. The display quality looked so good, I thought for a moment it might have been an AMOLED panel, but it's just an IPS.

On paper these phones sound good, but the elephant in the room is that display and its big 'ol notch. 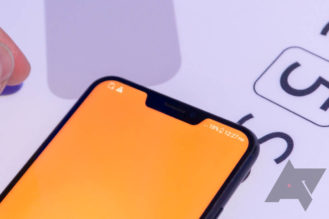 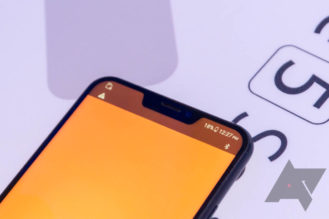 The notification area expands when you tap on it, to compensate for the lost space from the notch.

It's... not great. Although ASUS advertises it as being "26% smaller" than the iPhone X's, it still results in notification problems. If you get too many, trailing notifications are replaced with an ellipsis, but at least you can tap the notification bar to expand it into an overlay to see which notifications are hiding.

I can't say I'm the biggest fan of the notch here, and honestly, I thought it had to be some kind of joke when ASUS revealed it (complete with "Fruit Phone X" comparison, sigh). Hopefully, this specific trend can die with the Zenphone 5 and 5Z.

Physically, the 5 and 5Z felt nice. Although the display might be more than a bit reminiscent of the iPhone X, it can't quite mimic the substantial and solid feel of Apple's phone, though you can tell ASUS is trying. 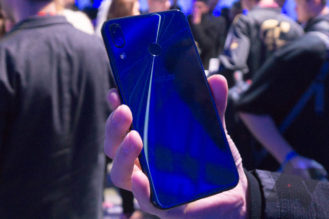 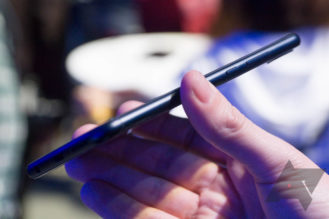 The back has ASUS' typical spun pattern in glass, with a decidedly iPhone-esque camera module configuration, as well as a fingerprint sensor. The secondary camera on the back here is of the wide-angle variety (200-degrees), and the primary shooter is Sony's new IMX363, featuring 1.4µm pixels and a big f/1.8 aperture.

The sides of the phone are smooth and roundly tapered, with just the tiniest bit of a lip where the metal meets the glass. It felt comfortable in hand, with no extra or unpleasant pressure from the shape of the lip in my palm. 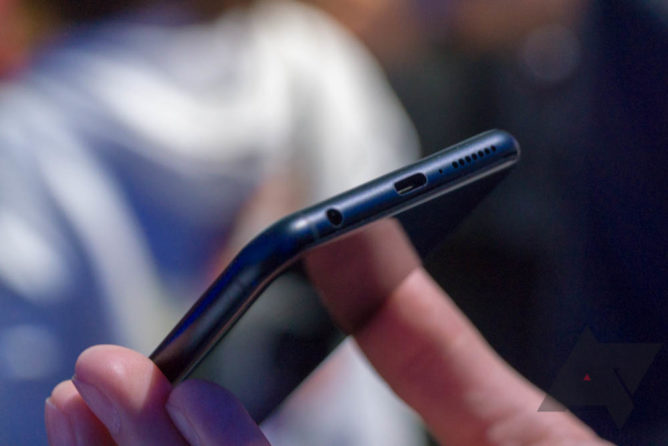 On the bottom you have a USB Type-C port, microphone, headphone jack, and one of the two speakers (the earpiece serves double-duty as a stereo loudspeaker, as on the Galaxy S9). I'm glad to see that ASUS' obsession with mimicking Apple's design hasn't carried quite so far as removing the venerable 3.5mm audio connector. 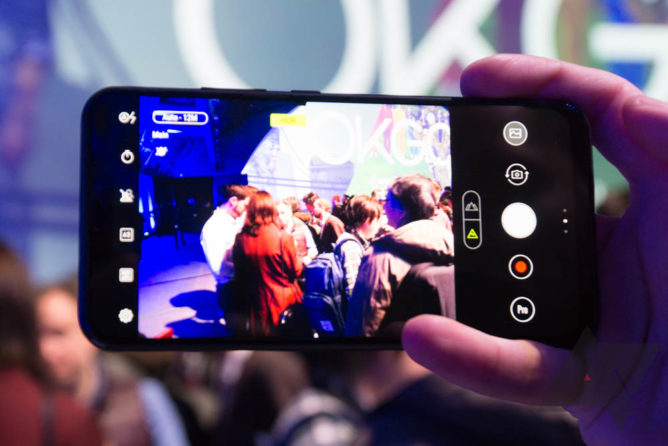 The Zenphone 5 and 5Z's camera might look physically uninspiring, but that might not be the case when it comes to performance. From what little I could discern during the brief time I was able to use it, the primary sensor captured a lot of light. We'll have to wait for a review to know for sure, of course, but the camera on ASUS' latest sounds good on paper, and that might end up being true in reality as well. 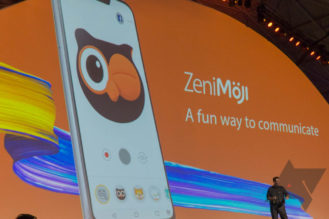 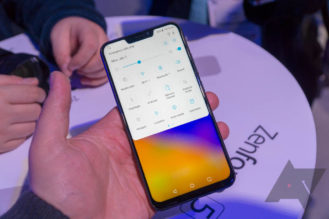 Unfortunately, the software on the units ASUS was displaying was not final, so some of the advertised features like the ZeniMoji weren't available to test. But ASUS didn't stop at duplicating Apple features in both hardware and software on its latest phones, it also set its sights on Samsung. The software on the ZenFone 5 and 5Z takes more than a bit of inspiration from don't-call-it-TouchWiz, down to duplicating the colors in the default theme.

ASUS is also jumping a bit hard on the "AI" bandwagon, having named a small pile of new software features as various "AIs" when they really aren't. There's the AI Boost which increases CPU power on-demand for a short time, or the AI Charging that waits to top up your battery the last few percent until you wake up. There's even a camera AI that's able to choose scene presets on your behalf based on content, and that's just the tip of the fake-AI iceberg.

I wasn't able to do anything too intensive on either the Zenphone 5 or 5Z in my short time with the phones, so I couldn't really discern a difference in performance between the two models. Swiping around the default apps on the freshly-wiped image was performant on both devices, but I'm sure in more regular use the more powerful 845 in the 5Z will make itself known. 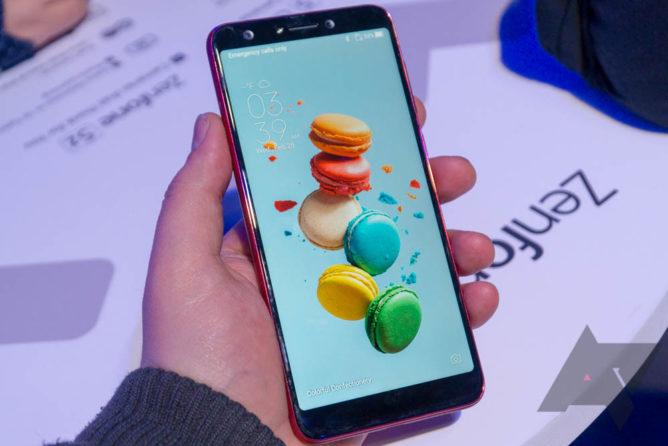 ASUS has given its lower-end phone two different names, depending on the market. In the US it will be known as the ZenFone 5Q, while the rest of the world gets it as the 5 Lite.

Spec-wise, the 5Q/Lite is the least powerful of the bunch, with a Snapdragon 630, 4GB RAM, 64GB storage, 2160x1080 IPS display, 3,300mAh battery, and a dual-camera configuration. Disappointingly, it still features Micro-USB instead of USB Type-C. It's also dual-SIM plus microSD so you can expand storage without sacrificing a SIM slot.

The ZenFone 5Q/Lite is still no slouch, but without a price to go with it, it's tough to say if it will be a decent value. 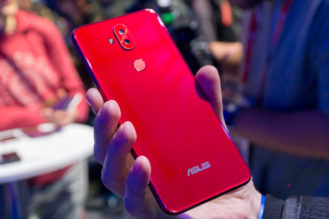 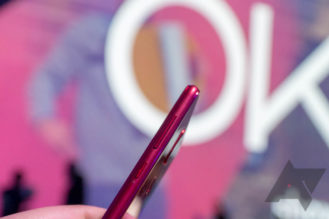 Physically the 5Q/Lite doesn't quite compare to its two more expensive siblings. On paper, it's the cheaper phone, and in reality, it feels like a cheaper phone. The back is still glass, and the sides are still aluminum, but the shape of the 5Q feels uncomfortable, with a much sharper lip on the rounded edge. In my time with it, I found it a bit unpleasant to hold. But, I'm used to the smooth rounded edges that have become popular over the last few years. One could probably become accommodated to the shape of the 5Q/Lite.

Software on the 5Q/Lite didn't seem substantially different from the larger ZenFone 5 to me. We were told that software wasn't final anyway, so we don't know what is subject to change, but it looked and felt like your typical lightly-skinned Android variant.

The camera situation on the ZenFone 5Q/5 Lite is a bit different, though. ASUS has given this phone four cameras rather than just three, with a heavy emphasis on selfies. You get a typical two-camera configuration on the back (16MP primary w/120-degree wide-angle), and two cameras on the front (20MP and 120-degree wide-angle). If you're big into selfies, that extra shooter might make the 5 Lite/Q more your jam.

If these sound interesting, keep an eye out for our future coverage while we all wait on pricing information. The flagship ZenFone 5Z will start at $499, but prices on the other two models are still unknown. 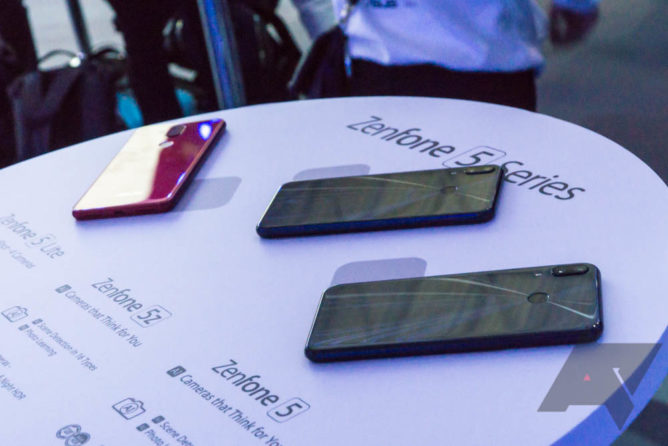 Unofficial APIs will be blocked in Android P, but devs can request new APIs they need