Late last week, we got confirmation that dark mode would be available in an upcoming Android release... and then it was revealed that wasn't actually true. But what if Chrome OS beats Android to the punch? The folks over at Chrome Unboxed have spotted a "dark mode" (well, a dark system tray) that can be enabled in the Developer and Canary Chrome OS channels. 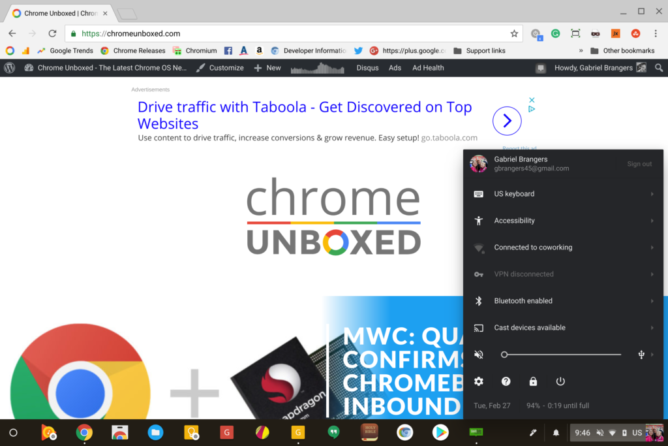 The option is straightforward: it just makes the system tray dark. This is one of the main components of Chrome OS's UI, so it makes a pretty big difference when enabled. The flag was initially thought to only be in the Canary channel, but it turns out that it's also in the Developer channel under a different name.

If you're on Canary and you'd like to give the dark tray a shot, go to chrome://flags, search "new system menu," and turn on #system-tray-unified. If you're on the Developer track, search the same thing, and the flag will be called #enable-ash-new-system. For the dark mode lovers out there, this is sure to be a quick enable.