Twitter has been recommending tweets from people we don't follow for some time, though it's never been completely apparent why certain tweets or topics are shown. Sometime in the last few weeks, the Twitter app began to indicate why exactly certain topics are shown with a "Because you follow..." explanation. It's a relatively straightforward adjustment, but a nice one. 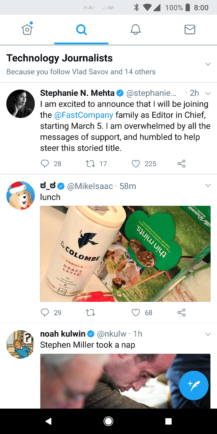 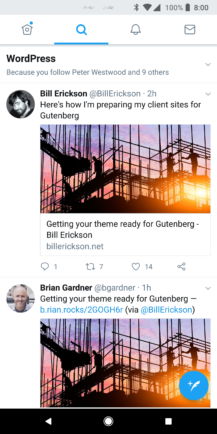 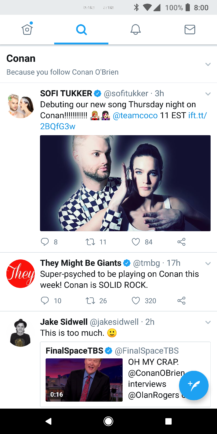 Based on Artem's following list, Twitter has chosen to show him tweets from technology journalists because he follows fifteen of them, tweets about WordPress because he follows ten key figures in the WordPress biz, and Conan because... he follows Conan O'Brien. With the little dropdown arrow to the right, you can select whether you'd like Twitter to show this topic more often or less often. This has been confirmed as a relatively new change by a Twitter engineer.

Nitpick: It's showing me Conan and Conan O'Brien as 2 separate topics. Can you please nudge whoever can clean that up?

The solution isn't completely perfect, though; the ever-unsatisfiable Artem has complained about "Conan" and "Conan O'Brien" being two separate topics, and this probably isn't the only instance of repeats. But hey, progress is progress.

[Hands-on] The Cat S61 is a more refined rugged smartphone