Files Go made an unplanned debut back in November, and it's since been updated with a couple of new features, including Drive backup integration and better SD card support. Google still appears to be hard at work with Files Go, as is evident from the beta channel that has just been opened for it. It's very easy to join, and the first beta release is already live. 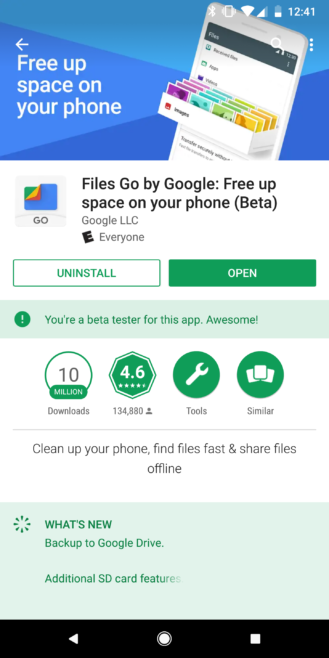 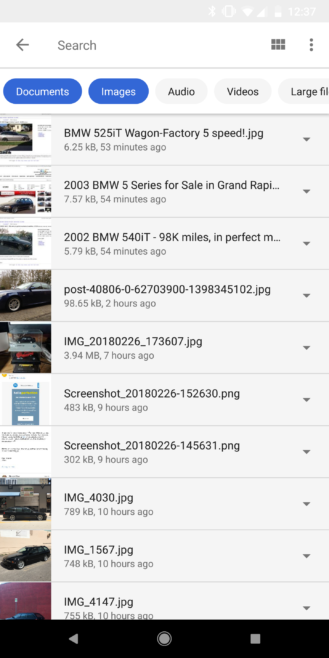 Joris van Mens, a Files Go Product Manager, posted about this new beta channel on r/Android a few hours ago. The first feature the team is testing is search, which features filters and automatic suggestions. I played around with it a little bit, and it seems pretty nice for the most part. There are six filters: "Audio," "Documents," "Images," "Videos," "Large files," and "From this week." Several can be selected at the same time. Also adjustable are the sorting methods and the display layout. 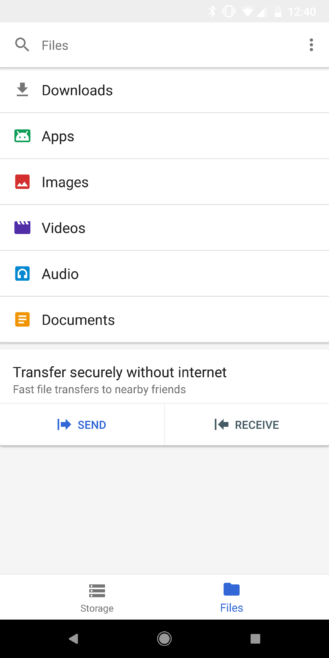 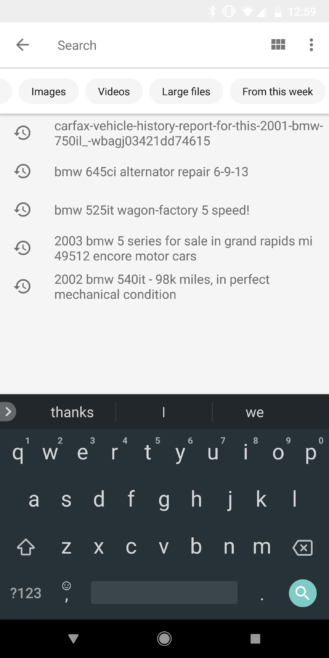 However, I was a bit thrown off by the recently searched results. First of all, I hadn't searched anything at all before taking these screenshots (the feature is brand-new, after all), and yet there are somehow already five results. Two of those five results are files that I don't even have saved - only ones that I've viewed. The first was a CarFax report that I was sent via Facebook Messenger, and the second is a PDF that I viewed in Chrome while doing a search. Neither file was saved onto my phone (nothing shows up when I tap them), which makes this a bit confusing. That being said, this is a beta, after all.

If you'd like to join the beta, simply click on the source link; it'll bring you to the Play Store's app testing page, from which you can join (and leave) the program with the tap of a button. If you're having issues with that but still want to try out the new search feature, we've got the Files Go beta APK over at APK Mirror.